Discussion Questions for The Emperor's Soul 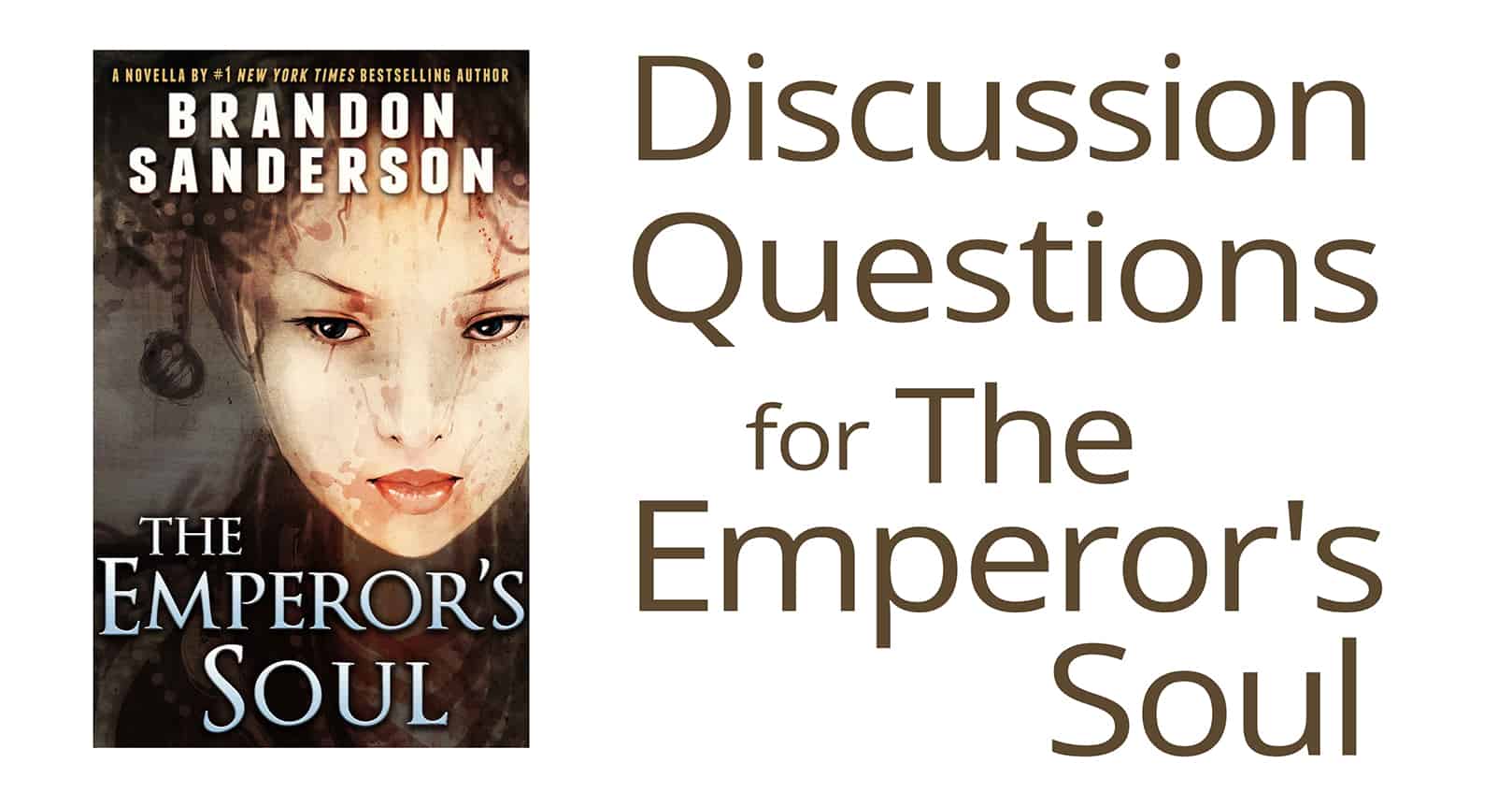 Warning: these questions include minor spoilers.

Gaotona tells Shai that she could have been a real artist. She insists that she is one. Who do you agree with? Do you consider Shai's Forgeries to be works of art?

How are Shai's Forgeries different from the "assembly line Forgers" that create vases and other items as part of the Heritage Faction?

Shai has a soulstamp that will erase her years as a Forger and give her a simple life on a farm. She's even written the letters that she'll receive from her fake aunt and uncle. Why do you think she's created this "way out"? If you were a Forger, would you want a way out?

Shai tells Gaotona that ShuXen hired her to destroy his masterpiece, and Gaotona is appalled and maintains that the artwork no longer belonged to ShuXen but to everyone who saw it. Do you agree or not agree that destroying such a work of art is "never right"? Why?

Gaotona tells Shai that Ashravan became emperor because he wanted to change things, that he was idealistic. What happened to make him lose that idealism?

Why was Shai so determined to complete the Forgery of the emperor's soul, even when it lessened her chances for escape?

At the end of the book, Gaotona looks at the book Shai gave him and thinks that it is the greatest work of art he has ever witnessed. How has his perception of "art" changed throughout the book?