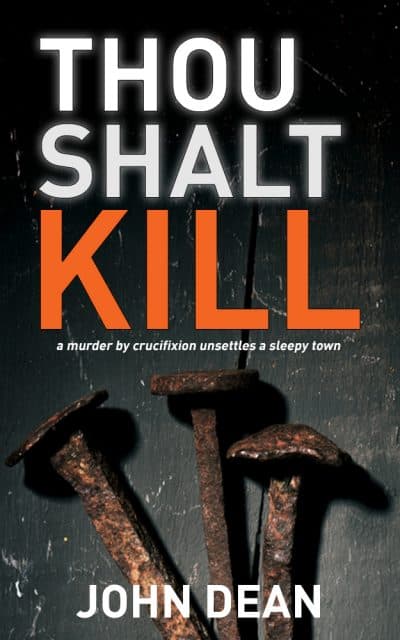 A man is found dead on his allotment. He has been crucified. Who has committed this cruel act? Veteran crime solver Jack Harris and his team must act fast to crack the case and solve the mystery.

When a man is discovered murdered by crucifixion, an evangelical religious group falls under suspicion

A dead body nailed to a shed troubles even hardened detective Jack Harris. Despite being told that boundary feuds in allotments can easily come to blows, the veteran crime solver suspects something more sinister is afoot. The fervent leader of an unorthodox Christian group is evasive and cagey when faced with questions, so the inquiry begins to center on its members.

As police probe into their past, connections between the group and local people begin to emerge. It seems that it’s not by chance that the devout turned up on DCI Harris’s patch. But what really links these “happy clappies” to the murder, and is there a danger that the focus on them will let the real killer off the hook?

When a second killing occurs, with all the same hallmarks, detectives must act fast to solve the puzzle and put the culprit behind bars.

Thou Shalt Kill is the fifth book in a series of detective stories featuring DCI Jack Harris and his team, set in the fictional Pennine town of Hafton. It can be enjoyed on its own or as part of a series. The full list of books is as follows.

John Dean is the author of several other crime fiction titles, including the bestselling DCI John Blizzard series.