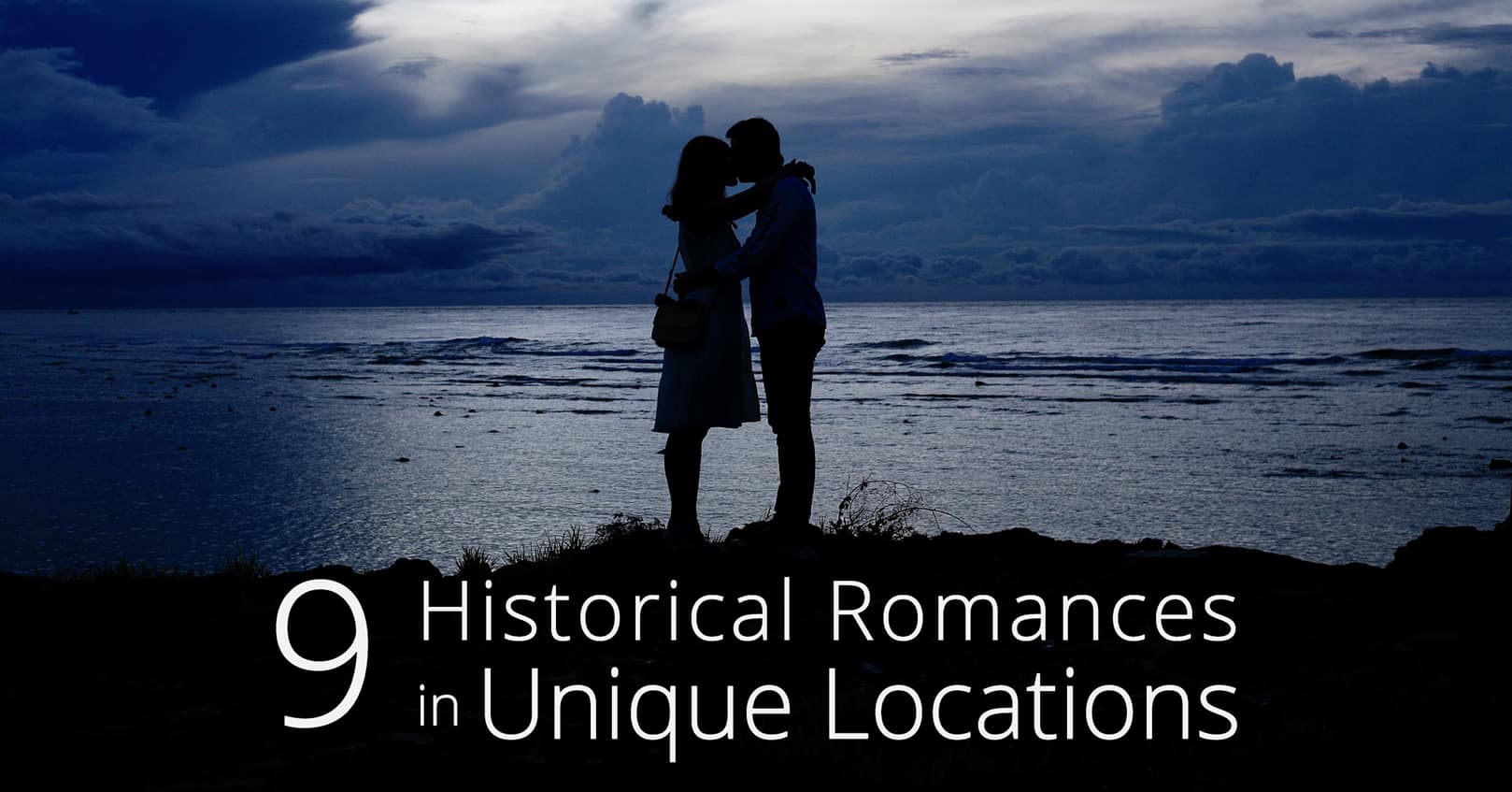 The Pearl of Penang by Clare Flynn 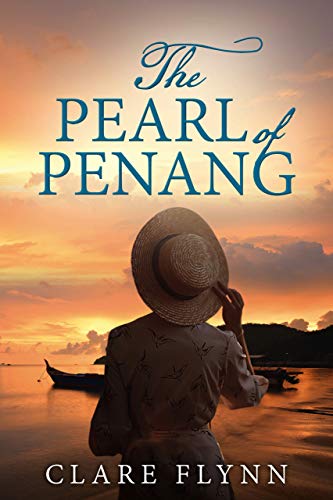 Set in the first half of the 1900s, this novel starts in England but soon moves to the island of Penang, or Malaysia

Evie Fraser, paid companion to a crotchety spinster, seems destined for a lonely life. Then out of the blue, a marriage proposal arrives by post. She met the handsome Douglas Barrington just once—at his wedding – but never forgot him. Now widowed, plantation-owner Douglas offers her a new life on the lush, exotic island of Penang. How can Evie resist?

But what are Barrington’s motives in marrying Evie when he barely knows her, and why is he so hostile and moody?

Evie soon finds herself pitched against Douglas on the one hand and the shallow, often spiteful world of the expatriate British on the other. Has she made the biggest mistake of her life?

My Beautiful Enemy by Sherry Thomas 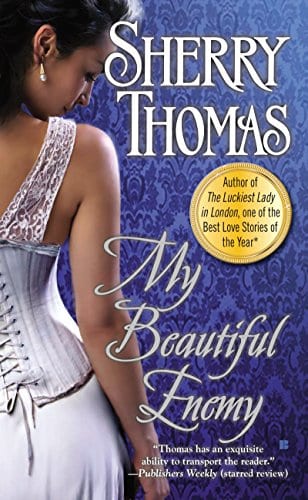 This story is told in both China and England in the late 1800s.

Hidden beneath Catherine Blade’s uncommon beauty is a daring that matches any man’s. Although this has taken her far in the world, she still doesn’t have the one thing she craves: the freedom to live life as she chooses. Finally given the chance to earn her independence, who should be standing in her way but the only man she’s ever loved, the only person to ever betray her.

Despite the scars Catherine left him, Captain Leighton Atwood has never been able to forget the mysterious girl who once so thoroughly captivated him. When she unexpectedly reappears in his life, he refuses to get close to her. But he cannot deny the yearning she reignites in his heart.

Their reunion, however, plunges them into a web of espionage, treachery, and deadly foes. With everything at stake, Leighton and Catherine are forced to work together to find a way out. If they are ever to find safety and happiness, they must first forgive and learn to trust each other again.

The Moonlit Cage by Linda Holeman 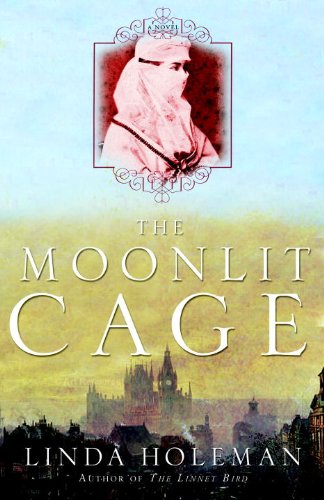 This novel is set in the mid nineteenth century and starts in Afghanistan, then moves to India, then England.

Daryâ’s simple life in mid-nineteenth-century Afghanistan is torn apart when a hateful curse by a jealous tribeswoman leaves her an outcast in her small Muslim village. She looks to her arranged marriage to the son of a nomadic tribal chief with hope that it will deliver her from this oppression; instead, she is regularly beaten by her wrathful husband. Seeing no choice other than to flee, Daryâ barely escapes through the foothills of the Hindu Kush.

Destitute and alone, Daryâ meets David Ingram, an enigmatic Englishman traveling in Afghanistan. Although he is a complete stranger, she joins him on his journey to Bombay—and embarks on the adventure of a lifetime. 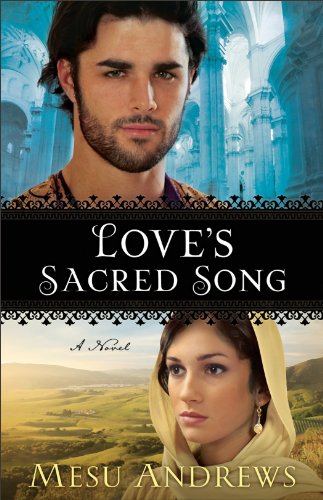 This one is a Christian historical romance set in ancient Israel.

Standing in the massive shadow of his famous father, young king Solomon wavers between fear and bravado, wisdom and folly. In the uncertain world of alliances and treachery, Solomon longs for peace and a love that is true and pure—a love that can be his cornerstone.

A shepherdess in the northern city of Shunem, Arielah remembers the first time she laid eyes on Solomon in Jerusalem when she was just seven years old. Since then she has known that it was her destiny to become his bride. When her father, a leader of their tribe, secures a promise from King Solomon to marry Arielah as a treaty bride to help unite the kingdom, it seems her dreams may come true.

But how can this simple shepherdess live as part of Solomon’s harem? Can Solomon set aside his distractions to give himself completely to just one woman? Or will he let duty, deception, and the daily routine divide his heart?

With Every Letter by Sarah Sundin 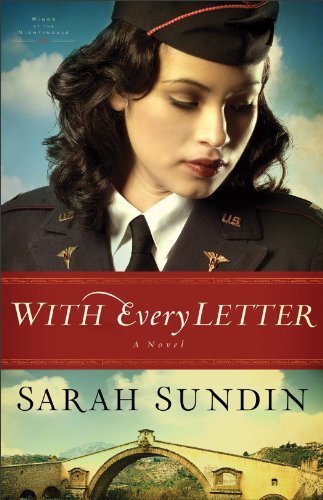 This love story is set mainly in North Africa during World War II.

Lt. Mellie Blake is a nurse serving in the 802nd Medical Squadron, Air Evacuation, Transport. As part of a morale building program, she reluctantly enters into an anonymous correspondence with Lt. Tom MacGilliver, an officer in the 908th Engineer Aviation Battalion in North Africa.

As their letters crisscross the Atlantic, Tom and Mellie develop a unique friendship despite not knowing the other’s true identity. When both are transferred to Algeria, the two are poised to meet face to face for the first time.

Will they overcome their fears and reveal who they are, or will their future be held hostage to their past? And can they learn to trust God and embrace the gift of love he offers them?

Island in the East by Jenny Ashcroft 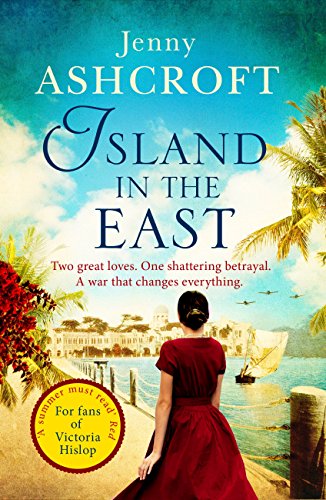 This one is set mainly in Singapore.

1897. Harriet and Mae Grafton are twenty-year-old identical twins born from a scandalous affair. They grew up in India slighted by gossip and ostracized from polite society. They had each other and that was enough. But when their wealthy benefactor sends them to Singapore, they meet the mysterious Alex Blake and their relationship fractures with devastating consequences.

1941. Ivy Harcourt is posted to wartime Singapore amid the looming threat of Japanese invasion. Ivy knows the island will be a far cry from war-torn London, but she is totally unprepared for what awaits her: strangers from her grandmother Mae’s past, an unstoppable love affair, and a shattering secret that’s been waiting to be uncovered . . . 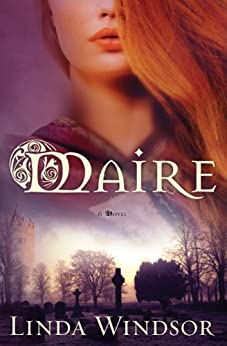 Maire, Gleannmara’s warrior queen, finds her fierce heart is gentled when she takes a reformed mercenary—a Christian, no less—as hostage during a raid. At first she wonders what kind of God would make a fine warrior like Rowan of Emerys such a coward. But as she comes to know Rowan and witnesses the force of his beliefs, she learns that meekness and humility to the one true God are stronger than any blade of steel. And in the process, Maire discovers the transforming power of love and faith.

Under the Sugar Sun by Jennifer Hallock 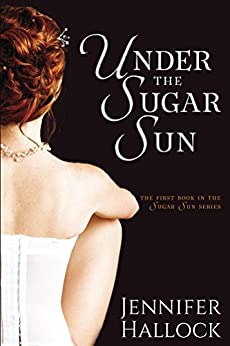 This novel is set in the Philippines in the early 1900s.

When Georgina Potter follows her fiancé to the Philippines, the most remote outpost of America’s fledgling empire, she has a purpose in mind beyond marriage: her real mission is to find her brother Ben, who has disappeared into the abyss of the Philippine-American War.

To navigate the Islands’ troubled waters, Georgina enlists the aid of local sugar baron Javier Altarejos. But nothing is as it seems, and the price of Javier’s help may be more than Georgina can bear. 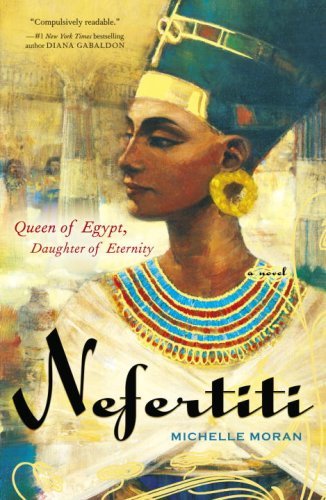 Nefertiti and her younger sister, Mutnodjmet, have been raised in a powerful family that has provided wives to the rulers of Egypt for centuries. Ambitious, charismatic, and beautiful, Nefertiti is destined to marry Amunhotep, an unstable young pharaoh. It is hoped that her strong personality will temper the young ruler’s heretical desire to forsake Egypt’s ancient gods.

From the moment of her arrival in Thebes, Nefertiti is beloved by the people but fails to see that powerful priests are plotting against her husband’s rule. The only person brave enough to warn the queen is her younger sister, Mutnodjmet.

Observant and contemplative, Mutnodjmet has never shared her sister’s desire for power. She yearns for a quiet existence away from family duty and the intrigues of court. But remaining loyal to Nefertiti will force Mutnodjmet into a dangerous political game, one that could cost her everything she holds dear.

Have you read a historical romance set in an unusual or unique location? Let us know in the comments below!

Reuse notice: Non-commercial users, feel free to print out “9 Historical Romances in Unique Locations” for personal use or give to friends, share online, or make a meme of, as long as you attribute and link back to this post. Commercial users, you may share a link to this post or quote a short excerpt from it with attribution and a link to this site, but you may not use this post in its entirety. Thank you for caring about copyright. 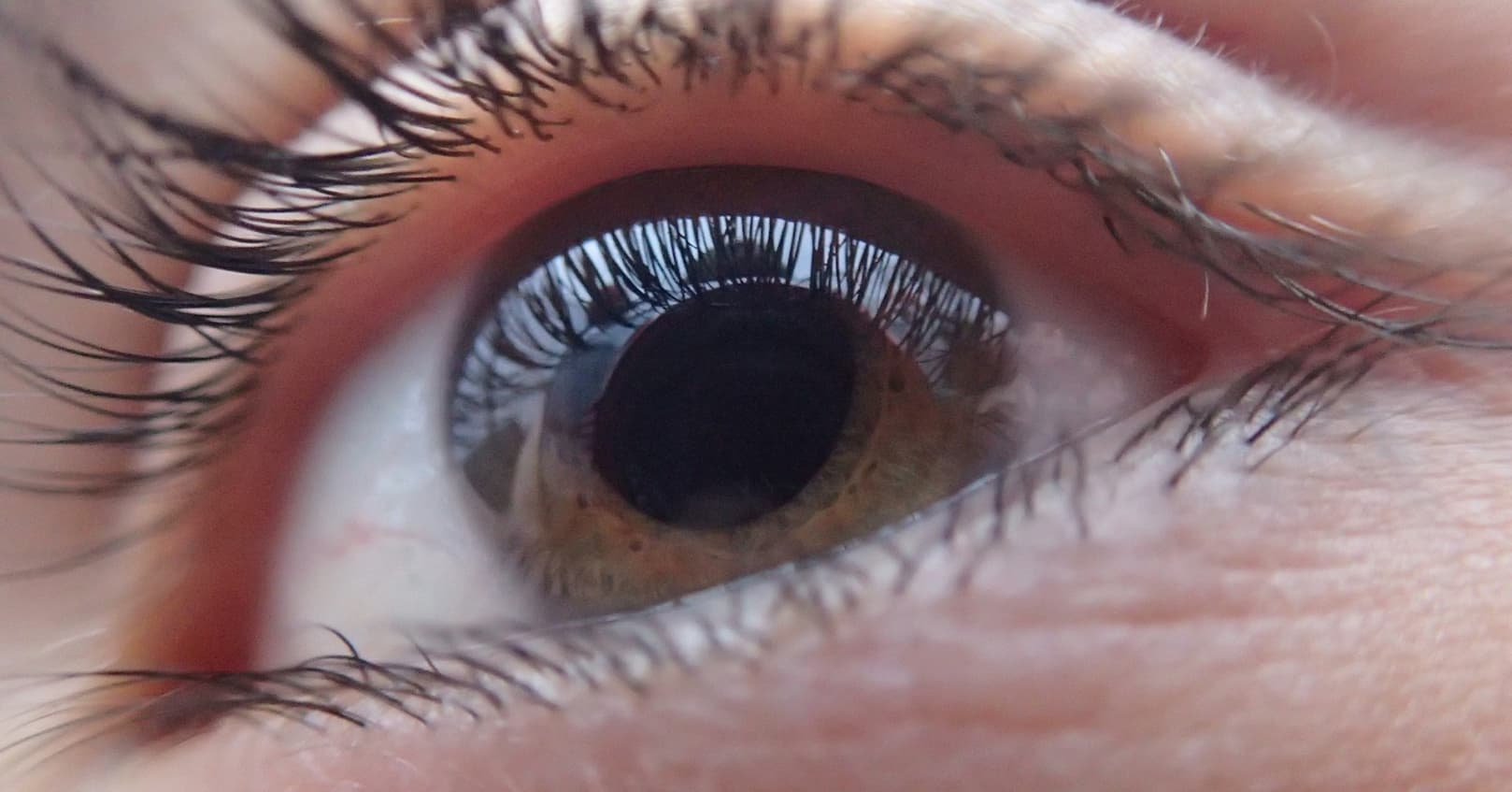 Blindness and other disability is evolving in #SFF literature. Join Paul Arvidson and Verity Holloways as they discuss the role of of disability in fiction. 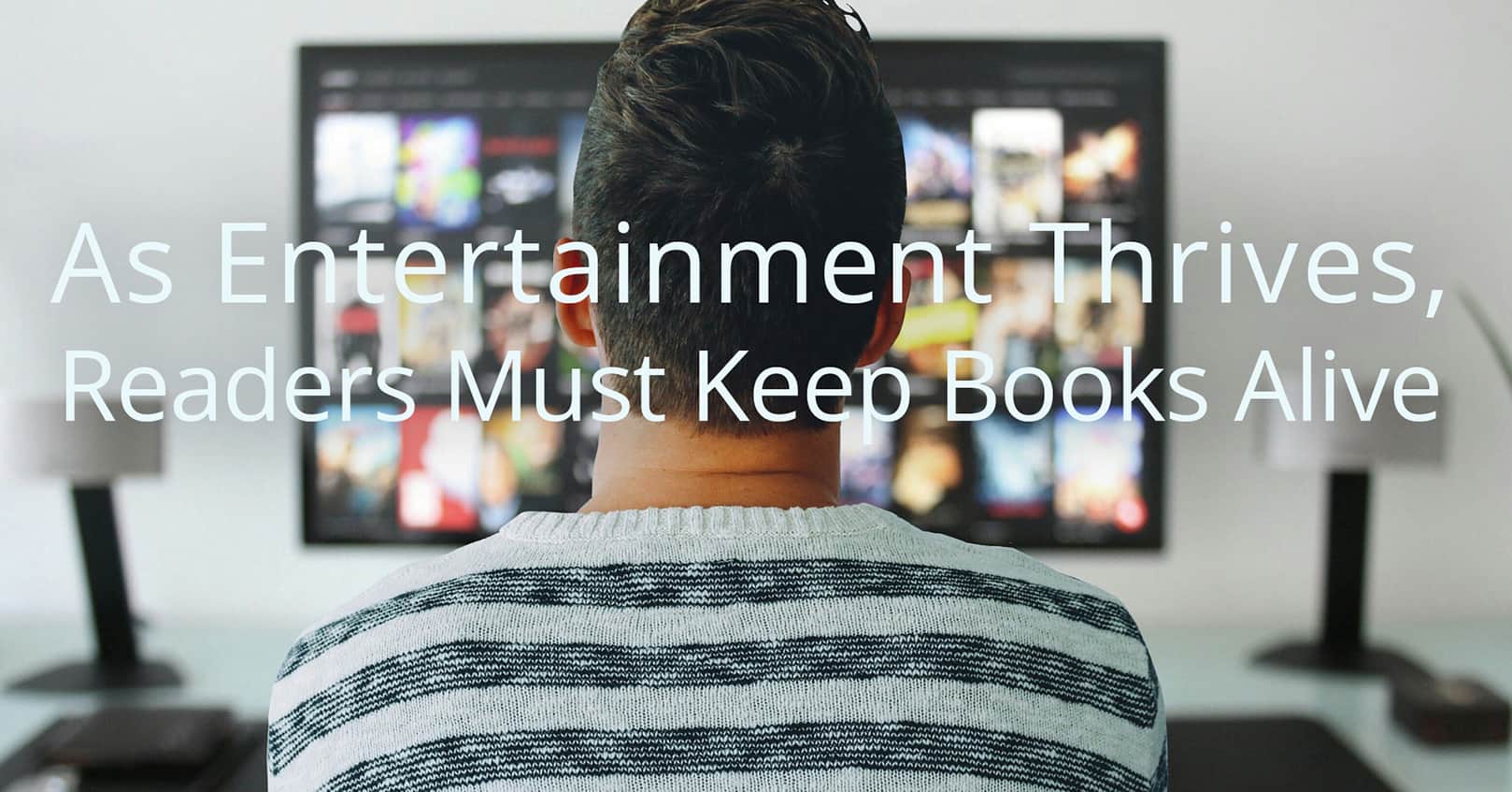 You’ve likely heard the speculation and assertions going around about the rise of technology and the resulting demise of books. But I believe that people who truly love to read books are going to (you guessed it) read books. 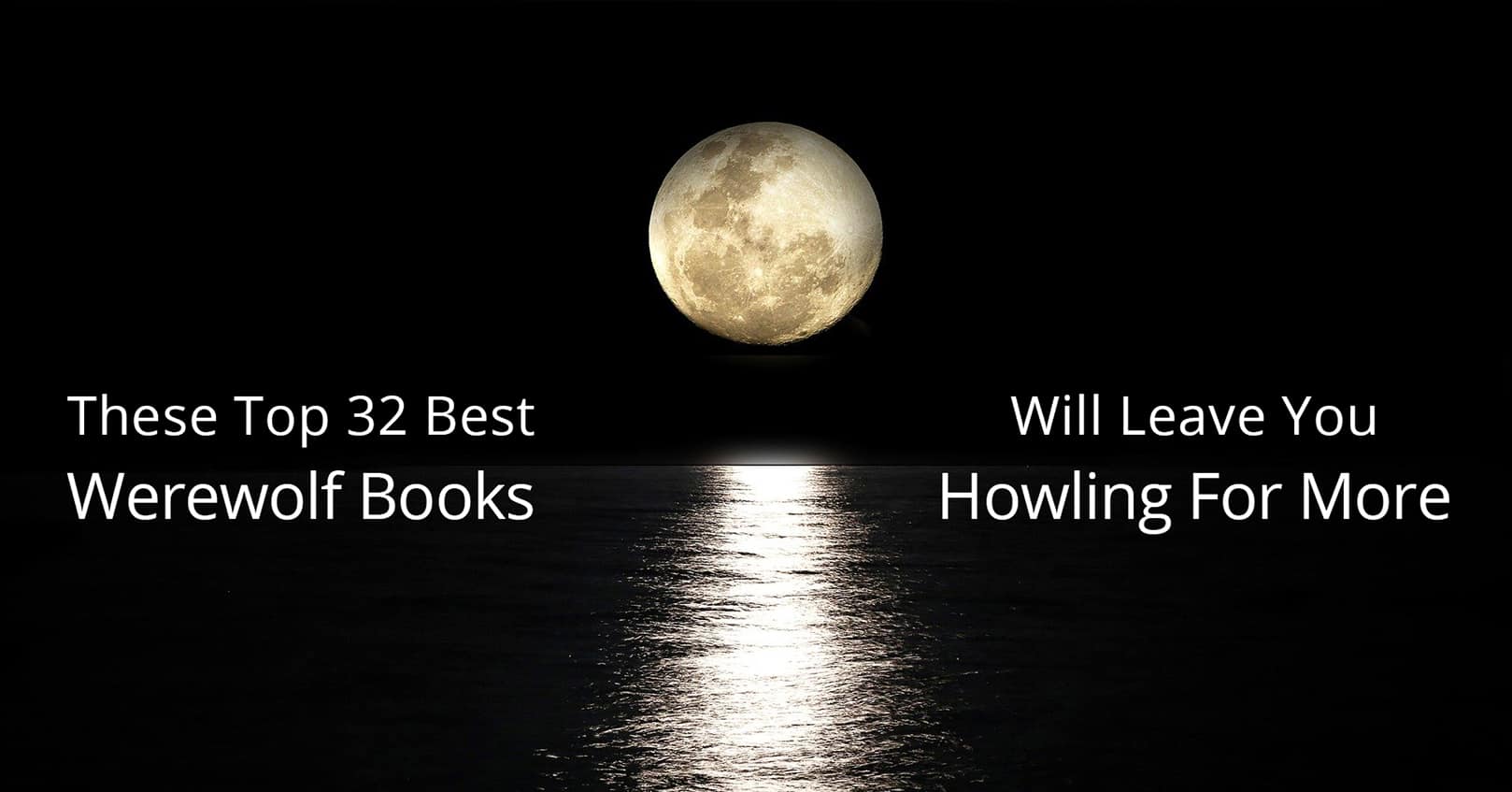 Are werewolf novels your silver bullet? Whether you’re new to reading werewolf novels, or you’ve been a long-time fan, these are the best werewolf books we believe will leave every reader howling for more.