Book Quotes that Will Make You Giggle 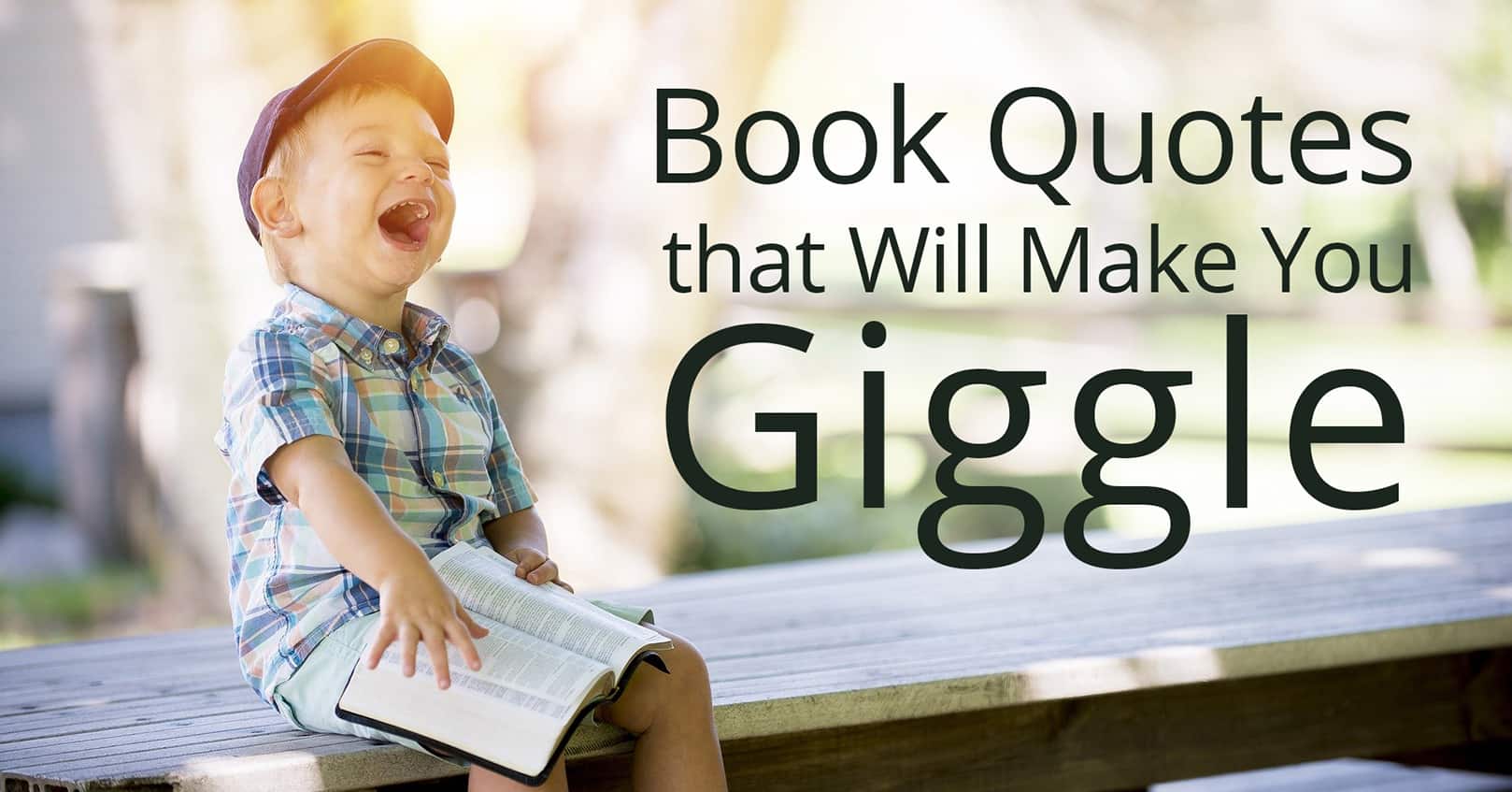 Looking for a bit of a laugh? Here are some book quotes that will make you giggle!

“Wayside School was accidentally built sideways. It was supposed to be only one story high, with thirty classrooms all in a row. Instead, it is thirty stories high, with one classroom on each story. The builder said he was very sorry.”

“Everyone should be able to do one card trick, tell two jokes, and recite three poems, in case they are ever trapped in an elevator.”

“Warn a guy before you do a face-plant on the floor next time. I could have looked all heroic and caught you or something.”

“We came to see Jace. Is he alright?”

“I don't know,” Magnus said. “Does he normally just lie on the floor like that without moving?”

—City of Ashes by Cassandra Clare

“Honestly, I don't know that the universe could really handle everyone being infinite Batmans. Perhaps the point of God was to prevent nonsense like that.”

—Legion: The Many Lives of Stephen Leeds by Brandon Sanderson

—Pride and Prejudice by Jane Austen

“I had left the truck where I had crashed it—smashed into a pole by the charger station that had appeared out of nowhere when I had tried to park under a covered awning. Driving was a lot simpler than parking, it seemed.”

“There was a boy called Eustace Clarence Scrubb, and he almost deserved it.”

—The Voyage of the “Dawn Treader” by C.S. Lewis

“Self-knowledge is better than self-control any day," Raquel said firmly. "And I know myself well enough to know how I act around cookies.”

“I would kiss you, cat,” Puck said as we crowded through the doorway, “if we weren’t in such a hurry. Also, the hairballs could be unpleasant.”

—The Iron Daughter by Julie Kagawa

“I guessed his name was Face of Horror. I wondered how long it had taken his mom to think of that. Bob? No. Sam? No. How about Face of Horror?”

—The Red Pyramid by Rick Riordan

“Isn't that the guy you asked me to throw soda on?"

Colton's head jerked up. He stared first at Reece, then at me. "You asked him to throw soda on me?"

"Of course not. The boy is delirious, That's what happens to children when they're malnourished. They start hallucinating." I put my hand against Reese's forehead as though checking for a temperature. "I'm afraid he has a serious case of it."

Colton folded his arms and continued to glare at me. "No, Charlotte, you have a serious case of it, and I'm not talking about malnourishment."

Reese stepped away from my temperature check and toward Colton. "She said you wouldn't melt like the Wicked Witch of the West, but you might fizz a little." Reese turned back to me. "He never did fizz."

"I'm about to," Colton said. "Just watch for a few more seconds.”

—It's a Mall World After All by Janette Rallison

What funny book quotes have you come across lately? We'd love to hear in the comments below!