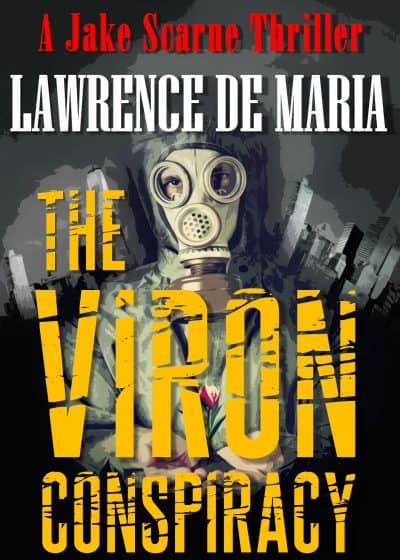 What does a gruesome killing have to do with a series of pandemics ravaging people, animals, and crops around the globe?

A prominent Chicago law firm asks Manhattan private eye Jake Scarne to reopen the case of a visionary corporate chief who was murdered during a corporate retreat in Hawaii.

Despite a huge potential fee, Scarne is reluctant to get involved. After all, the Honolulu police have fingerprint evidence, plenty of witnesses—and a confession from the now-dead killer, who apparently also slew his own family!

Then, the lawyers reveal that their client is the murdered executive’s widow—a woman who left Scarne at the altar years earlier.

Against the backdrop of his own personal turmoil, the dogged private investigator soon uncovers an international conspiracy fueled by perverted science.

And with thousands, perhaps millions, of lives at stake, Scarne learns that he is not the only one tracking biological terrorists.