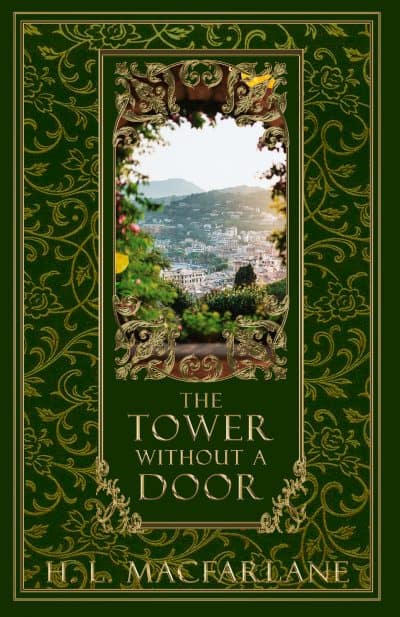 The Tower Without a Door: A Rapunzel Retelling (Chronicles of Curses Book 3)

When the irritable, always-tired wizard Julian Thorne returns to his family tower to discover a young woman locked inside, he reluctantly agrees to help her get back to her family. There’s just one problem . . . she claims to be the Princess Genevieve.

Eventually, talking to yourself gets a little boring.

After being locked away for twelve years in an enchanted tower, Princess Genevieve finally decides that enough is enough. She’ll climb out of the window of the tower and . . .

And that’s where her plan ends. For Genevieve knows nothing of the world—not even the way back to the royal palace and her beloved mother. But when a tired and angry wizard magically appears in the tower just as Genevieve is trying to escape it, she is provided with a very reluctant guide back home.

Julian Thorne has been exploring the world and strengthening his magic for twelve years to avoid coping with the mysterious death of his father. Now shackled with a young woman who claims to be the Princess Genevieve, the wretched wizard becomes embroiled in a conspiracy that may finally give him answers to what happened twelve years ago.

The lives of the two may be far more connected than either of them could have ever imagined.

Chronicles of Curses is a series of independent but interconnected fairy tale retellings that can largely be read in any order, though The Tower Without a Door is the preferred third in the series.