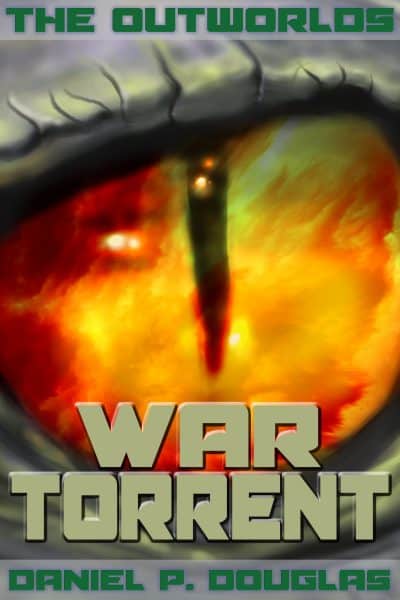 Unlikely heroes are on a collision course with destiny amidst a desperate fight against radical evil . . .

Early in the twenty-fourth century, human pioneers on the fringe of Earth’s interstellar colonial frontier make a profound discovery: The first evidence of intelligent alien life. Although the explorers judge the ancient alien species of space-faring reptilians, known as Angorgals, to be extinct, they also find evidence the Angorgals had reached Earth many centuries ago and were far more than mere visitors.

When a surprise Sekkalan attack in the distant Sceytera System against Mokisia destroys a fragile peace between these two Angorgal subsects, a teenaged soldier-priest in training, Zy K’olt, will struggle with doubt, fear, and acceptance of his mysterious spiritual gifts in a quest to confront the evil Sekkalan threat. At the same time, the invasion shatters Major Krajenar Attazahal’s reputation as a successful Mokisiaan intelligence officer, driving her down a desperate path of redemption to the very edge of survival in order to defend her home.

Under siege, the Mokisiaans soon learn their alienated brethren have launched both a sinister and technologically superior offensive, one that threatens to inflict more than just military defeat upon them. The Sekkalan war is the start of a new interstellar crusade orchestrated by evil ethereal entities—the Ruuksauro—whose intent is radical genetic purification of the galaxy, and Earth’s Stone Age humans are their next target.

Evil entities who seek radical genetic purification of the galaxy, spark war among a race of reptilian aliens, and Earth’s Stone Age humans are next!

“This is a fast-moving and exciting futuristic novel with dramatic human-alien conflict, fully fleshed-out characters, solid and innovative techno-thriller elements, and a fresh, thought-provoking concept. For fans of this exhilarating genre, War Torrent will be a blast. Excellent!” —The Columbia Review