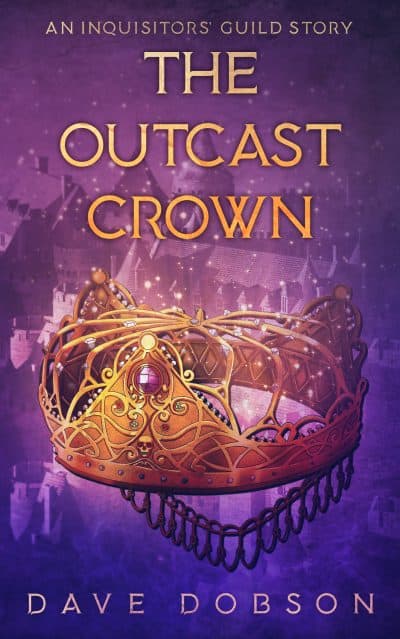 A mystery unfolds in Frosthelm. Two young inspectors pull at the threads of a mystery, facing magic, assassins, unknown intruders, and a freshly murdered man who probably should have been dead long ago. As they dig deeper, they uncover a deadly threat to their city.

As Boog and Zekra search for clues, they come across a murder of someone who should probably already have been dead and find hints of treachery and intrigue from a far distant land. The city they love may be under a threat as dire as it has ever known, and they are thrust into the twisting machinations of an ancient, deadly mistake and a curse that afflicts an entire nation.

The Outcast Crown is a sequel to Flames Over Frosthelm. It is the third book about the “Inquisitor’s Guild,” the investigative arm of the government of Frosthelm, a medieval city-state where criminals thrive, nobles scheme, and dark secrets lurk. Expect intrigue, mystery, swordplay, adventure, politics, strong bonds of friendship, and some magic along the way.