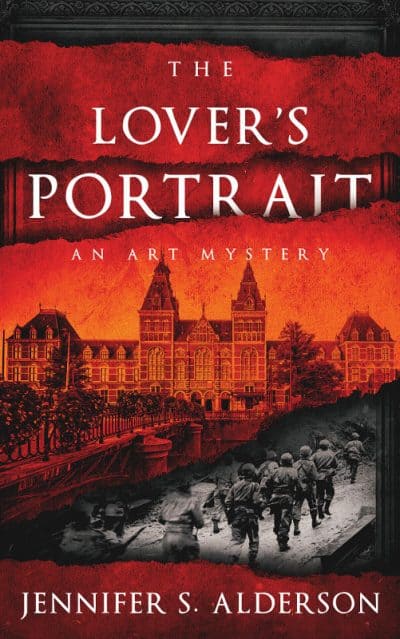 Museum intern Zelda is swept into the mystery surrounding artwork hidden from the Nazis during WWII. But Zelda’s not the only one searching for the missing paintings—and her rival would kill to find them first . . .

A portrait holds the key to recovering a cache of looted artwork, secreted away during World War II, in this captivating historical art thriller set in the 1940s and present-day Amsterdam.

When a Dutch art dealer hides the stock from his gallery—rather than turn it over to his Nazi blackmailer—he pays with his life, leaving a treasure trove of modern masterpieces buried somewhere in Amsterdam, presumably lost forever. That is, until American art history student Zelda Richardson sticks her nose in.

After studying for a year in the Netherlands, Zelda scores an internship at the prestigious Amsterdam Museum, where she works on an exhibition of paintings and sculptures once stolen by the Nazis, lying unclaimed in Dutch museum depots almost seventy years later.

When two women claim the same portrait of a young girl entitled Irises, Zelda is tasked with investigating the painting’s history and soon finds evidence that one of the two women must be lying about her past. Before she can figure out which one and why, Zelda learns about the Dutch art dealer’s concealed collection. And that Irises is the key to finding it.

Her discoveries make her a target of someone willing to steal—and even kill—to find the missing paintings. As the list of suspects grows, Zelda realizes she has to track down the lost collection and unmask a killer if she wants to survive.

Set in present day and World War Two Amsterdam, this award-winning thriller is perfect for fans of history, mystery, and art. WhisperSync for Voice ready.