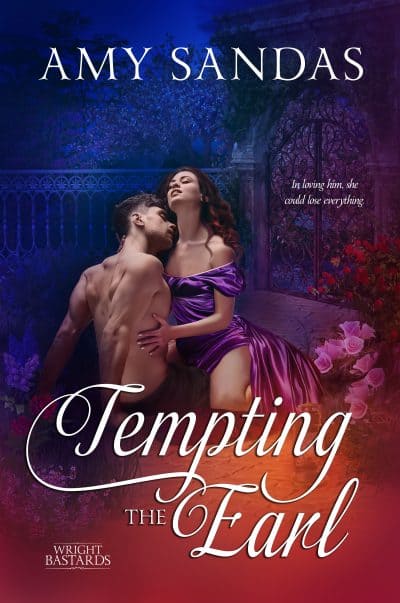 Determined to right past wrongs, the Earl of Wright will defy the world to find his father’s bastards and bring them together.

She vowed to shield an orphaned girl from a prejudiced world.

Cynical yet fiercely loyal to those she loves, Ainsworth Morgan is determined to protect the child she raised against anyone who’d denigrate her for being born a bastard. She certainly isn’t going to allow some emotionless English lord, even if he is the lass’s unfortunately handsome half-brother, to take her away from the only family she’s ever known.

He’ll do whatever it takes to right his father’s past wrongs.

Colin Fitzhugh spent his life doing everything expected of him as the Earl of Wright’s heir until his father’s death revealed a secret he couldn’t ignore. Now, he’ll defy society to provide his half-sister with the life their vengeful sire denied her. But first, he must convince the girl’s headstrong guardian he’s not the callous monster his father had been.

As Ainsworth begins to glimpse the sensitive and passionate nature concealed beneath the earl’s stoic reserve, it becomes harder and harder to ignore her growing attraction. But if Colin proves to be the kind and generous man she hopes he is, her fear of losing the daughter of her heart to his elegant world could become a devastating reality.