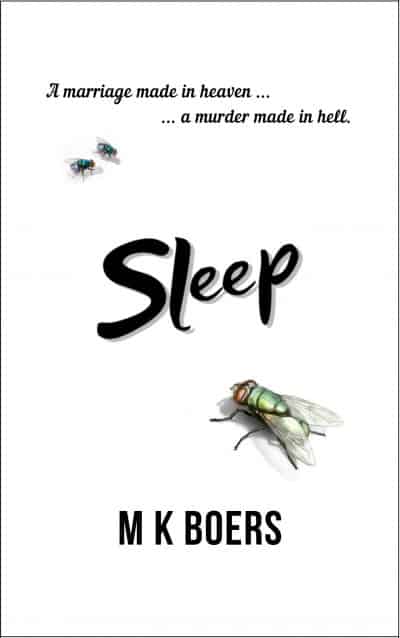 Sleep: A marriage made in heaven, a murder made in hell

What drives a woman to murder? A woman is on trial for killing her husband and his lover. Was it premeditated, a crime of passion, or a moment of madness? The struggles of Lizzy Dyson unravel through a compelling series of flashbacks and testimony.

A marriage made in heaven, a murder made in hell.

Why kill the man you love?

Lizzy was struggling, everyone knew that.

He shouldn’t have done those things. He shouldn’t have pushed her so hard. And now, her children, her marriage, her hope—gone. It was all her fault, she knew that, but was there a chance of redemption?

Lizzy Dyson’s on trial for her life. She knows she must pay for what she did, even if it wasn’t planned, but will the jury believe her?

A domestic noir, suspense-filled psychological drama about heartbreak and betrayal, Sleep reveals what drives a woman to murder.

Deals with the sensitive subjects of miscarriage and depression.

“You’ll love Lizzy and you’ll hate her. You’ll want to hug her, you’ll want to slap her. But in the end, you’ll want to save her. An enthralling insight into one woman’s shattered life, and the strength she must summon to rebuild it.” —Michael Wombat, author of The Raven’s Wing and Fog

“A compelling domestic drama where the tragic build-up to an awful crime unfolds through the eyes of a desperate woman.” —SJI Holliday, author of The Lingering and Violet