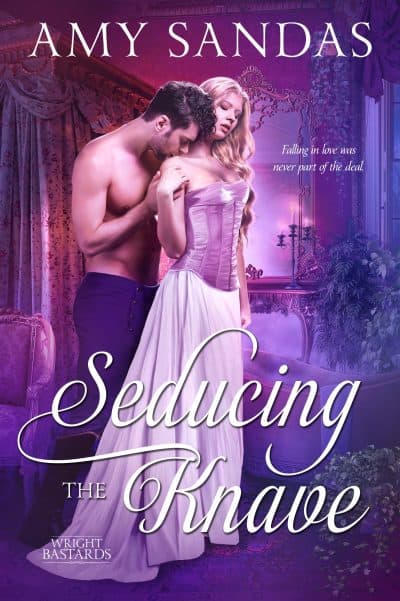 When a headstrong heiress flees an unwanted marriage to her wastrel guardian, she is forced to put her trust in an irreverent criminal of London’s underworld. He’ll protect her—for a price, but nothing can keep her safe from falling in love with the charming knave.

A sheltered heiress fleeing a loathsome fate.
Lady Elvina Fowler refuses to marry her wastrel guardian, a man willing to go to villainous lengths in order to claim her inheritance. In desperation, she flees her home, hoping to find refuge in London. But the way is fraught with dangers, not the least of which is a charming but ruthless brigand who agrees to see her safely to town—for a precious fee.An irreverent crime lord who protects his own.
Max Owen was born in the rookery and learned to survive by doing whatever necessary to keep what’s his. As a crime lord in London’s dangerous underworld, Max does not trust easily. And a runaway heiress has absolutely no place in his life. Yet, he can’t seem to shake the proud and impulsive beauty. And oddly . . . he doesn’t want to.

A journey neither expected.
A random meeting on the road to London leads to undeniable passion between a man who loves to break the rules and a woman accustomed to getting her way. It’s a battle of wills between these opposite but equal forces until an enemy from Max’s past threatens to destroy a future that’s barely begun.