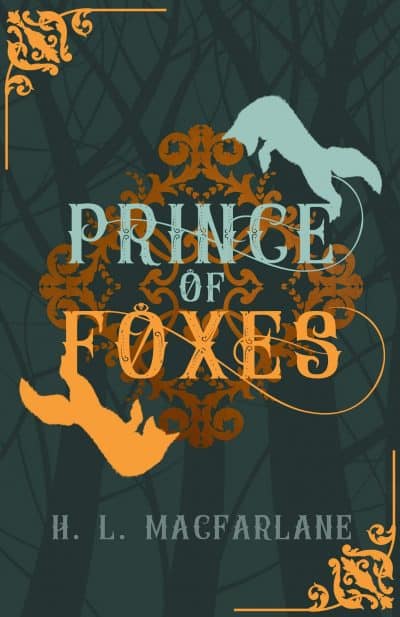 Bewitched by dreams of a cursed faerie prince, Sorcha seeks out a kelpie to use its powers to save him, flee from a loveless arranged marriage, and protect the area she lives in. But the kelpie—as well as her fiancé—have other, darker ideas.

Sometimes a fox is not a fox, and a man is not what he seems.

When Lachlan, the Golden Prince of Faeries, is transformed into a fox and banished from the forest on the eve of his mother’s funeral.

The last creature he expects to seek help from is a human, but Sorcha Darrow is not so easily enchanted by the wily faerie. Only after discovering her father means to marry her to a wealthy Londoner does she decide to help him, seeking the power of a being even Lachlan is wary of: a kelpie. In finding one, Sorcha hopes that she may just avoid her own dire fate in the process.

With Sorcha’s dreams being their only true form of communication, Lachlan has to race against time to break his curse and take his place as king before he’s doomed to live as a fox forever.

But someone else is after the throne, and may just use Sorcha’s growing connection to Lachlan to reach it.

The first book in the stunning Bright Spear trilogy, Prince of Foxes, is loosely based on the Celtic fairy tale of Gold-tree and Silver-tree, and features a cameo from Julian and Evie from The Tower Without a Door (Chronicles of Curses book 3).