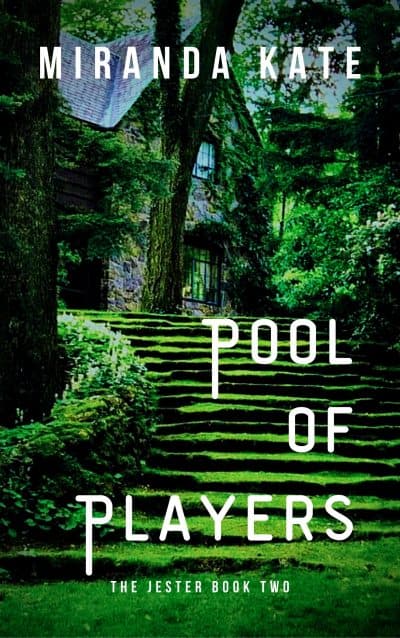 Pool of Players (The Jester Book 2)

David wants to find his father and end The Jester’s hold on his time, but how can he slip him through again? Going public about The Jester’s recruiters works, but now he’s the one being recruited to replace The Jester. Find out why he’s the perfect candidate for the job.

David is back in his own time, but all he can think about is the fact his father is still out there, and that the girls are here, sending other men through. He wants to stop this torture for his nation. He wants them all to have control back over their destiny and not be randomly pushed out of their own time to chase some mad man.

But how can he do that? How can he get taken again? The Jester has already had his fun with him. Through the girls that’s how!

Playing The Jester at his own game, David goes public about what he knows. And although his wish to go into the parallels again is granted, what he discovers is far more chilling: Not only does The Jester want to train him as his replacement, but, in a bizarre twist of time, there’s a reason why David’s the perfect candidate.

Pool of Players is the dark, sci-fi fantasy conclusion to The Game—the first of The Jester series—and gives a whole new meaning to time travel.