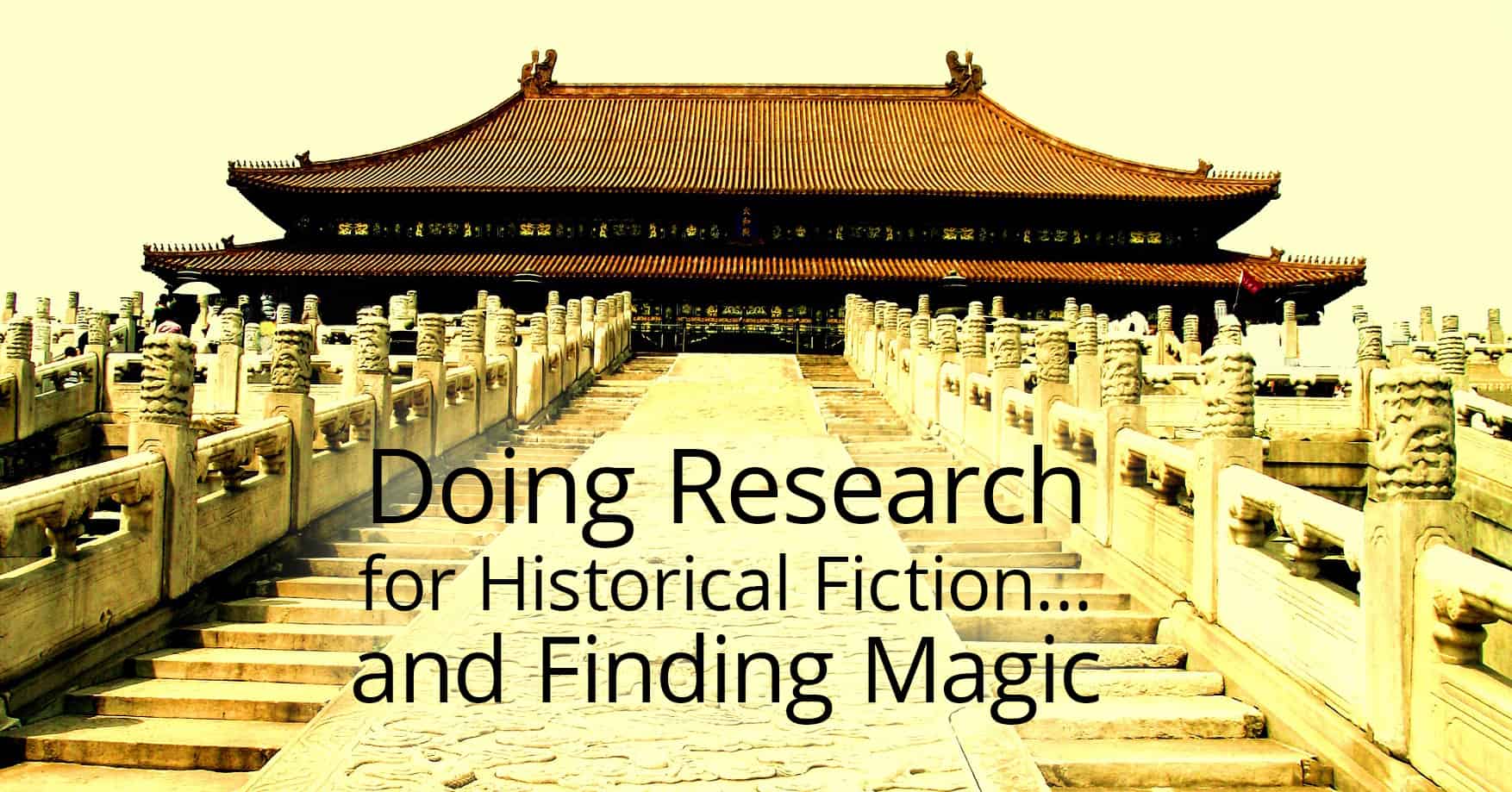 As an author of historical fiction, I am used to treading the fine line between fact and fiction. I like my books to have solidly accurate historical settings, so I do a lot of research, which I enjoy. But then I allow myself a little freedom when it comes to the plot and the characters, sometimes because there are gaps in the historical record that leave me that freedom, and sometimes because I feel that I am exploring an idea or a character in a way that requires the fictional element I have brought in. But sometimes something very odd happens, where I believe I have invented something and then find out that it is actually true. I saw this in my series set in China’s Forbidden City during the eighteenth century; each of the four books focuses on the life of a particular concubine and the people who matter to her.

In the first book of the series, The Consorts, I described a newly arrived concubine, Lady Ying, as looking like a wild eagle, being forcibly tamed for the gilded cage of the court. Several chapters later, I thought I would check the meanings of the main characters’ names, just in case there was something interesting about them that I could work into the story. I do not speak or read Chinese. I looked up Lady Ying’s name and found it meant . . . eagle.

For the second novel in the series, The Fragrant Concubine, I created a scene in which Consort Rong (the title character) went hunting with the Emperor. It is a crucial part of the plot, a turning point in which the Emperor and Consort Rong begin to fall in love. I felt that I was taking some artistic license in my historical fiction novel, as the concubines rarely actually hunted; they simply attending the hunting grounds as spectators. But I felt that for my character it was important that she had this bolder, more active role and so I went ahead and wrote the scene. Only when I had finished the book did I come across a new painting from the era that I had not focused on during my research, believing it to show a servant rather than a concubine. It is a small portrait, intended as a personal image, perhaps of emotional value, rather than a formal painting. In it, the Emperor gallops at full speed while shooting at a deer. Just behind him gallops a woman, leaning forward to pass him another arrow. Because of the particular ethnic hairstyle of the woman in the image, scholars have now determined that this painting portrays Consort Rong, my fragrant concubine, hunting with the Emperor.

The Garden of Perfect Brightness is the third book in the series and brings in an outsider: an Italian Jesuit painter by the name of Giuseppe Castiglione, who served at the Qing court for many decades and who managed to create an East-West fusion of painting styles that has been much admired since. For this book, I took a more dramatically “inaccurate” approach, by creating a fictional forbidden romance between Giuseppe and a concubine. I wanted it to stand as a symbol of the way Giuseppe managed to “fall in love” with China and create a relationship with its culture in a way that none of his previous colleagues had succeeded (several of them returned to Europe, unable to find a way to bridge the cultural divide: their Western painting style was considered “inauspicious”). I did worry a little that the notion of a Jesuit painter falling in love with a local Chinese woman was a rather unlikely fictional element, but I decided to go ahead anyway as I felt it was an interesting approach. I had already written the whole of the first draft when a new academic paper was published. A set of diaries had been found in a church in Beijing, belonging to a certain Laura Biondecci. This previously unknown woman was in fact a female Jesuit painter, who was not listed in the Imperial records because of being a woman. Giuseppe Castiglione was her mentor and she served alongside him in the Qing court. Because of the similarity of their painting styles, some of her works may even have been mistakenly attributed to Giuseppe. In her diaries, Laura refers to a reciprocal romantic relationship with a Chinese woman named Guo. Somehow, I had written what seemed to be an unlikely story that turned out to be true, just that it belonged to a different person, although someone very close to Giuseppe. I felt I could not ignore this new evidence, so wrote Laura’s story into the novel during the second draft.

What are these instances examples of? Perhaps they are just coincidences. But many writers, when they talk honestly about their writing process, will admit to strange things: writing about something that subsequently happens, describing people who then walk into their lives, and more. For myself, I like to think that perhaps, if you do enough good quality research about an era or a person, something unknown but true from the past makes its way to you. It makes me feel that these instances are a reward for having put in the hard work when researching my historical fiction novels, for having thought long enough about the people, places, and times that I have sensed something unknown about them.

I’m currently completing the last book in the Forbidden City series, which I have entitled The Cold Palace. It’s about a concubine named Ula Nara, who rose to become Empress but apparently then “went mad” and cut off her hair, a grave breach of etiquette which could be construed as cursing the Emperor or his mother. As a result, she was demoted from Empress and sent to “the Cold Palace,” an expression for being exiled from court. To this day, no one is certain of the reasons for Ula Nara’s strange behaviour. In the novel, I give my own explanation. Now I’m waiting to see if the fictional reason I’ve given for her “madness” will one day turn out to be true . . .

Reuse notice: Non-commercial users, feel free to print out “Doing Research for Historical Fiction . . . and Finding Magic” for personal use or give to friends, share online, or make a meme of, as long as you attribute and link back to this post. Commercial users, you may share a link to this post or quote a short excerpt from it with attribution and a link to this site, but you may not use this post in its entirety. Thank you for caring about copyright. 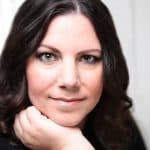 I mainly write historical fiction: one series is set in China’s Forbidden City, following the lives of a group of concubines in the eighteenth century; another is set in eleventh century Morocco as the Almoravid army took over the whole of Northern Africa and most of Spain. I was Writer in Residence at the British Library in 2016 and I am currently in my final year of a PhD in Creative Writing. You can read more about me and my books at www.melissaaddey.com 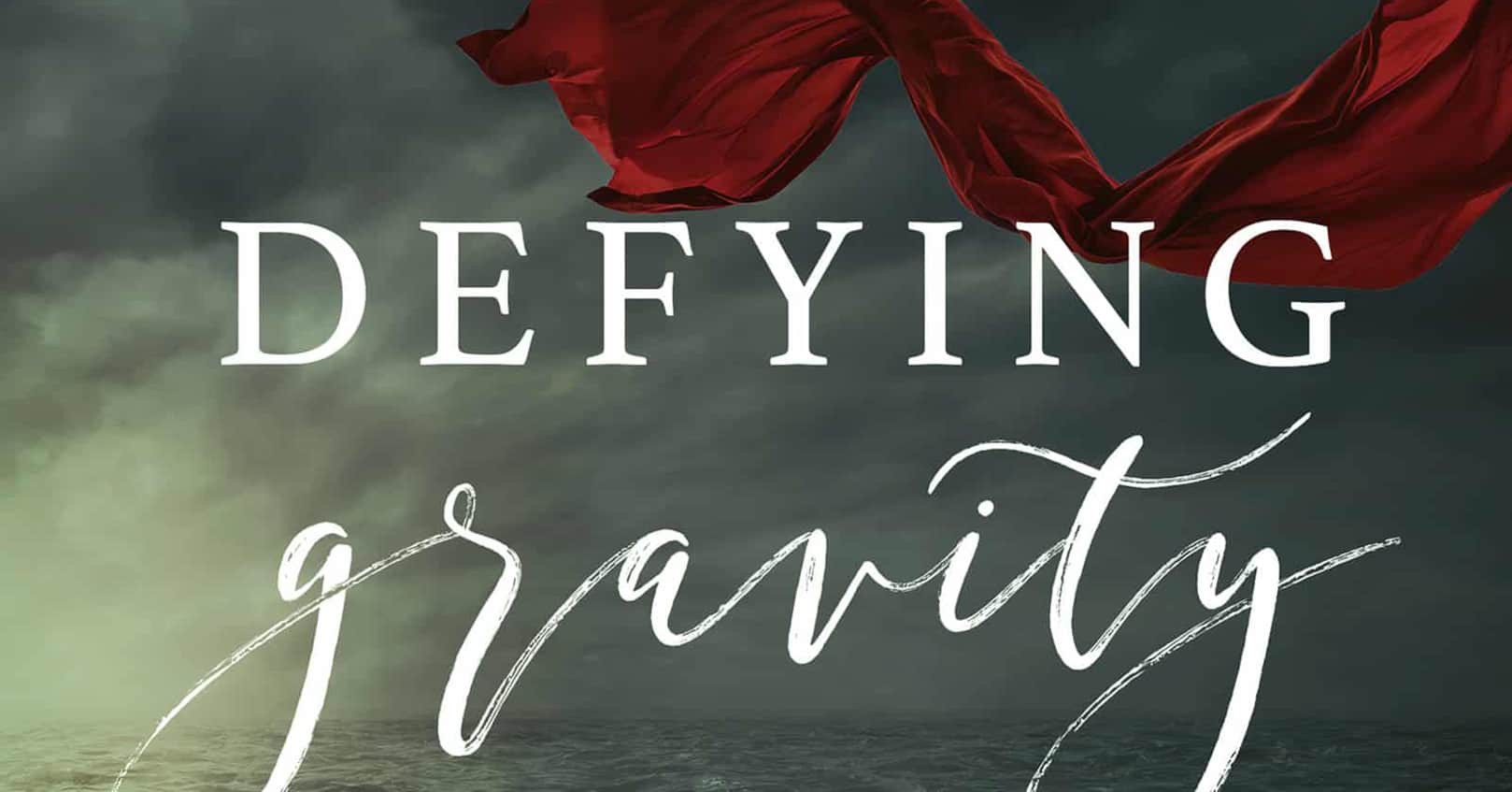 Today we’re excited to interview author A. M. Kusi. A. M. Kusi is actually the pen name for a wife-and-husband author team that writes romances inspired by their own experiences as an interracial couple. Now, let’s dive right in to learning more about this author team! 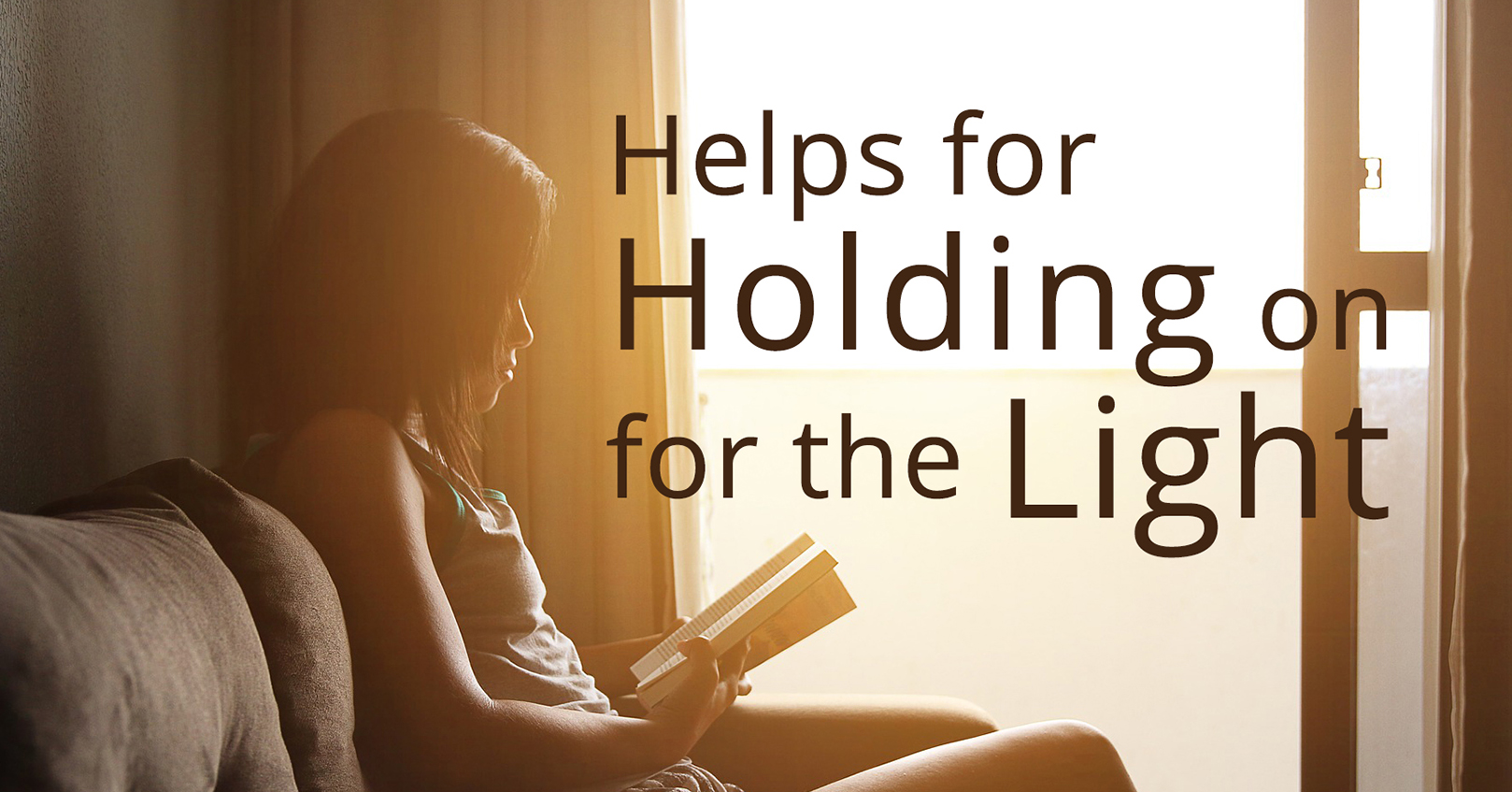 Surely, in this past year we have been in the longest tunnel our generation has navigated. To keep the faith and hold on, I encourage you to take comfort from history and find escape and solace in books. 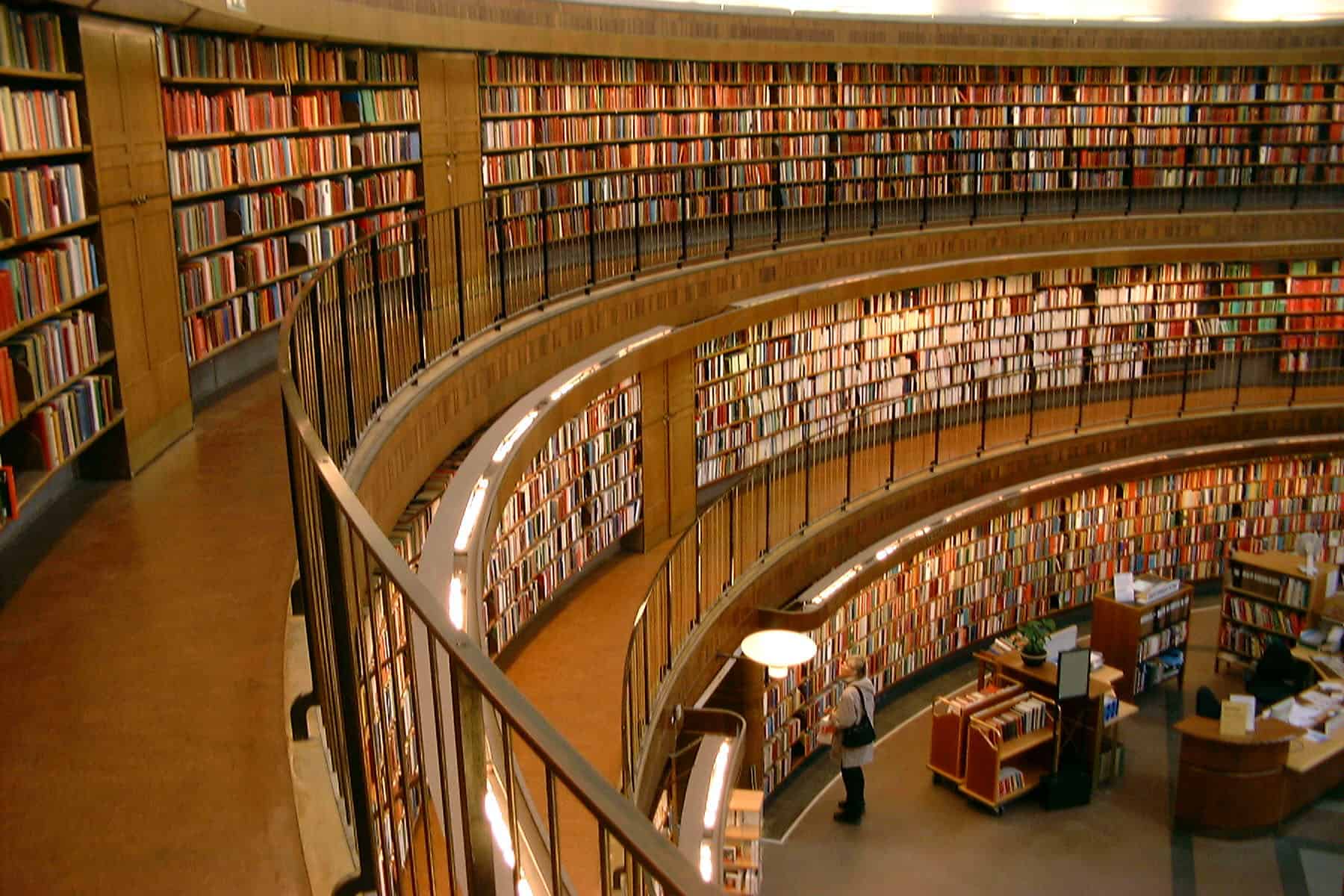 Have you ever wondered how many books there are written in the world? Or how long it would take you to read all those books? Here’s your chance to find out.