Between Utopia and Dystopia: the Mixtopian Borderlands 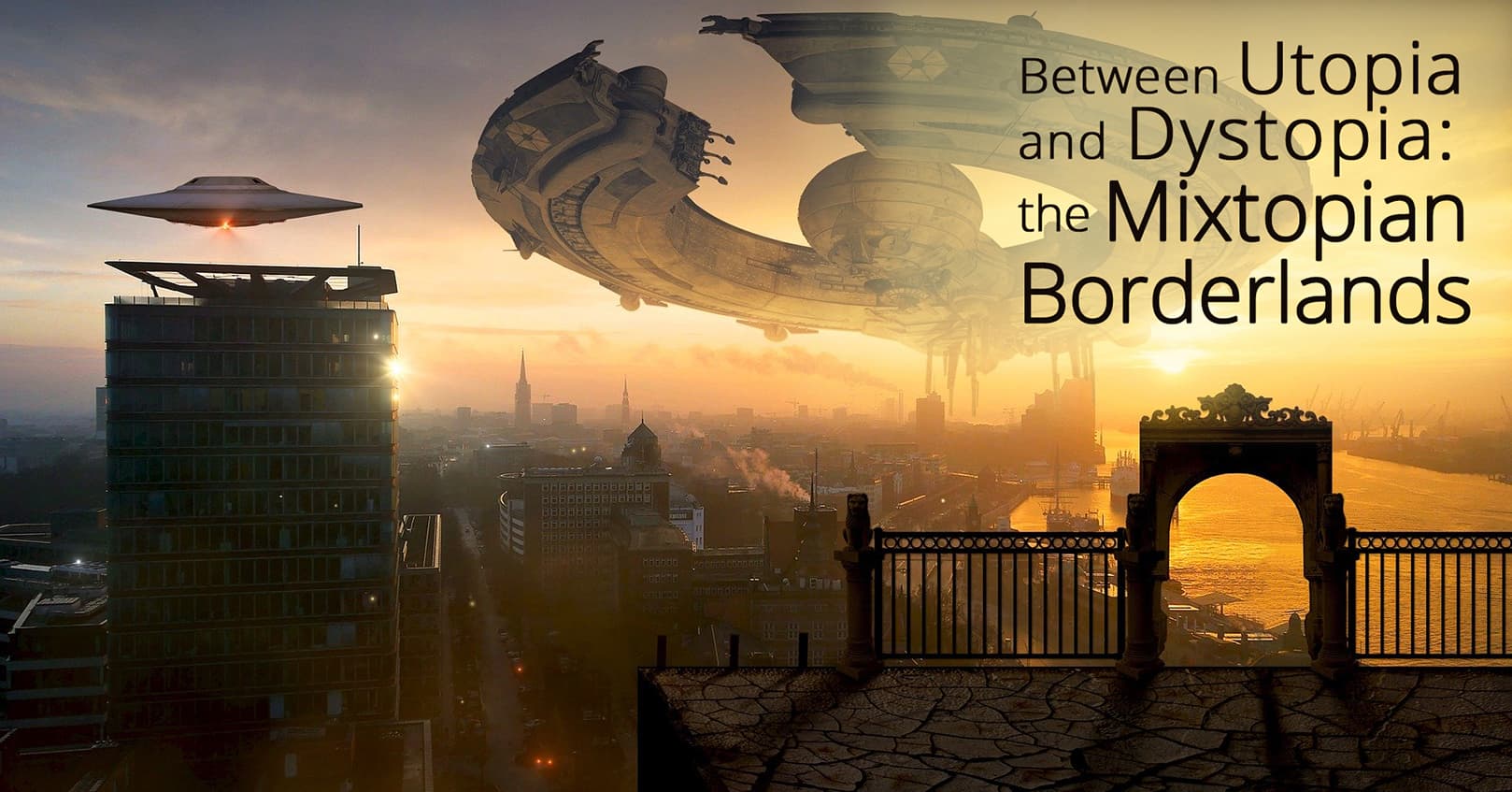 Is the real world a mixtopia? Twenty years ago I would have said “No,” but in 2020 the answer seems far closer to “Yes.”

So what is a mixtopia?

Imagine we’re standing in a strange place: on one side, the shining cities and lush ecosystems of a Utopia stretches out before us. But turning the other way, we smell ash-filled skies that lour over an arid landscape of bones, where people scratch for survival, overshadowed by towering grey tenements ringed by barbed wire. Are we in Mixtopia?

If all around us there’s a sweeping land where elements of both visions mingle, but which is basically “safe,” I’d say we’re not. But if we’re on a narrower path—like a road of Zelazny’s Amber—weaving between the two places, then we are. Likewise I’d claim we’re in a mixtopia if we stand on a narrow ledge, one climb short of the shining land above, but one misstep from plunging down into ruin. It’s the imminence of those two possibilities, how precariously we’re balanced between the two, that makes a mixtopia. It’s a mixtopia if a single event, or a short series of decisions, could send the story into paradise or disaster.

As examples of mixtopias of the first kind—where the utopian and dystopian elements mix but stay separate—I’d nominate Neal Stephenson’s The Diamond Age. So too most cyberpunk stories, like William Gibson’s Neuromancer. There are far older examples as well, like H. G. Wells’ classic The Time Machine, in which an apparent utopia peels back to reveal a dystopia beneath. Mixtopias where the two elements intermix are less common. I’d offer Blade Runner as an example.

Mixtopias may be more common in science fiction than in fantasy, but I’d argue The Lord of the Rings is mixtopian: idyllic elven and hobbit lands exist alongside Mordor, and the One Ring provides the imminence that could transform the former into the latter.

I’d tend not to classify as mixtopian books in which a utopia is visited and a dystopia is visited, if they stay separate and unmixed; yet I would classify Marge Piercy’s Woman on the Edge of Time as one because the utopia described is connected and under threat (not inevitable).

Of the dystopian books I’ve read, too many could only exist if humanity acted with a level of collective stupidity I find hard to believe. Many others assume a sheepish acceptance of oppression. (Orwell’s 1984, with its focus on the indoctrination needed to manufacture that consent, is an exception.) Consequently, I find most dystopias hard to believe in, and less affecting because of that.

Nowadays, though, it may be even harder to suspend disbelief for utopias, because they bear so little resemblance to present reality. It’s nice to imagine a utopian future, but it seems a long way off. Dystopias, if they became the staple of speculative fiction, might persuade us “this is all you can expect from the future.” It would be beyond tragic if they colored our thinking so we didn’t collectively act to solve our many current problems.

While writing this piece, I stumbled over an article, The Dystopia/Utopia Dichotomy, which points out some shortcomings in both, while expressing a wish for more blended fiction. So maybe I’m not alone in finding mixtopias appealing.

As an author, a mixtopia allows me a richer canvas to work on: it lets me include elements both wonderful and awful in the background, as well as giving me plenty of scope to “up the stakes.” When a fictional world is a blend of good and bad, especially if it’s balanced at a tipping point, the choices and actions of the characters can have epic consequences.

One of the things I like about speculative fiction in general is that it lets us explore possible futures so we can make a conscious choice to aim for the good parts and sidestep the bad. Frankenstein warns us to think before creating technologies we can’t control. Star Trek leads us to boldly imagine a distant future of equality, peace, and plenty.

Perhaps the best reason for reading mixtopian futures, especially in the current world climate, is they feel within reach, and at least hint at ways forward. Such stories encourage us in our everyday struggle—as they do for the characters in them—not just to survive but to try to make the world a better place.

Reuse notice: Non-commercial users, feel free to print out “Between Utopia and Dystopia: the Mixtopian Borderlands” for personal use or give to friends, share online, or make a meme of, as long as you attribute and link back to this post. Commercial users, you may share a link to this post or quote a short excerpt from it with attribution and a link to this site, but you may not use this post in its entirety. Thank you for caring about copyright. 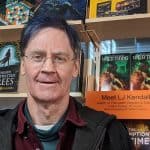