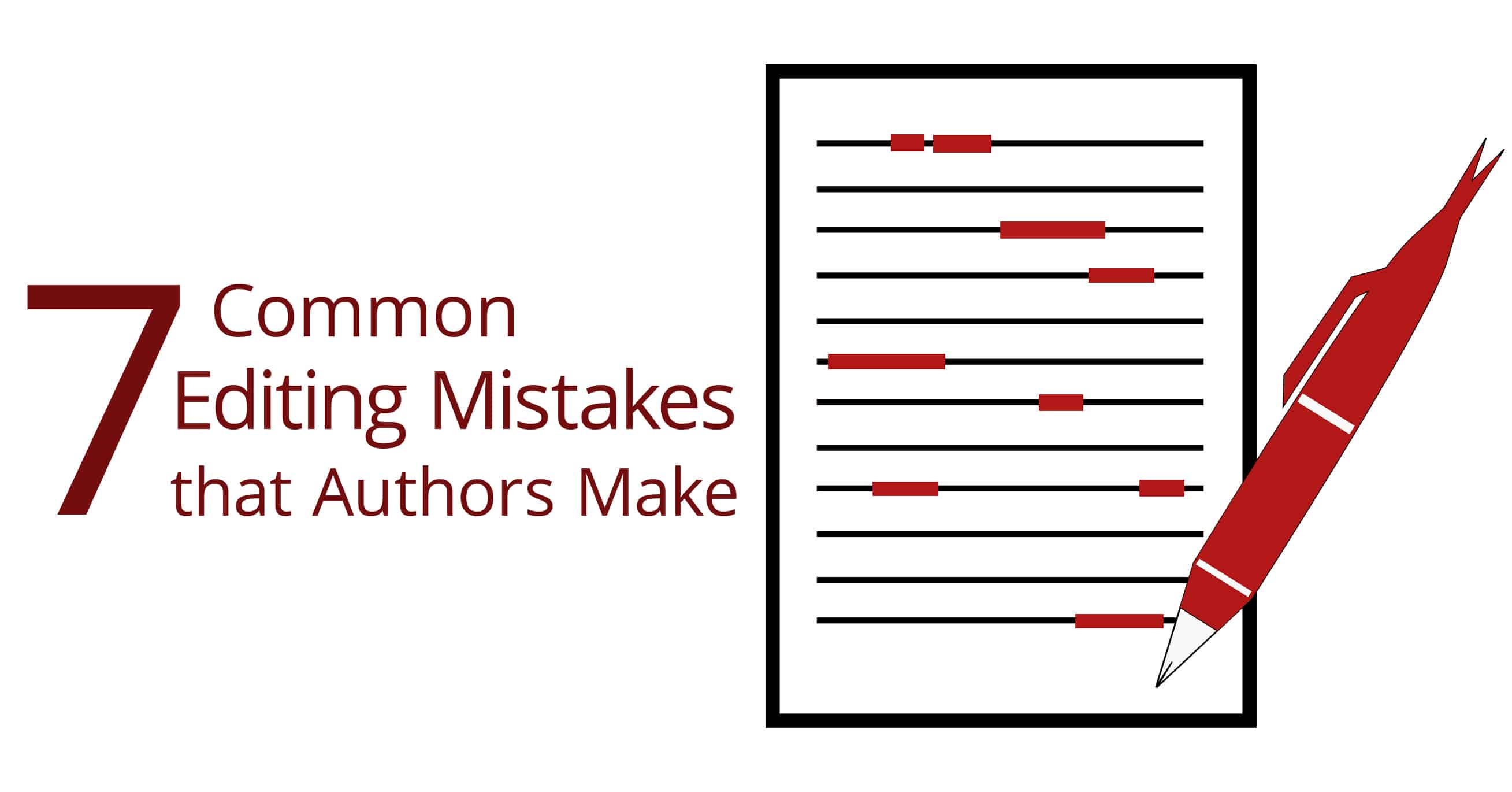 We’ve created a list of common editing mistakes that authors make, so you can watch out for them when you self-edit your books.

You can read more about creating possessives in our blog post here.

We see this editing mistake that authors make quite a lot. A dangling modifier happens when you put a descriptive phrase next to a word that it doesn’t describe. This usage is incorrect because modifiers should be next to the word they describe, and doing otherwise causes people to misread the sentence.

Incorrect: Running as fast as she could, the cape flapped in the wind behind her.

The cape is not running, so “running as fast as she could” is a dangling modifier.

Correct: She ran as fast as she could, the cape flapping in the wind behind her.

Switching these around or using them interchangeably is probably one of the most common editing mistakes that authors make. Hyphens are used to create compound words and phrases, while en dashes are used for inclusive numbers/words and compound adjectives. En dashes with spacing before and after are also used in British writing to connect clauses, but in American writing, the longer em dashes are used without spacing to connect clauses.

You can read more about en dashes and em dashes in our blog posts.

On the same note, many authors forget to include hyphens when writing a character’s age.

But keep in mind that the hyphens are only used if you’re using the age as a noun phrase (as in above), or as an adjective (“the three-year-old girl”). If you use age in other situations, you do not include the hyphens.

6. Not Using the Serial Comma

You can read more about proper comma usage in our blog post here.

Authors sometimes slip into the wrong tense in their writing. Often this happens when writing in present tense, where it is easy to slip into past tense. We also see it when authors are writing in past tense, though, especially when they’re mentioning a future event.

Have you seen other common editing mistakes that authors make? Let us know in the comments below!

If you'd like to learn more about Book Cave author promotions and other writing tips like these, please enter your email below and click the "Learn More" button to receive our author newsletter.

Reuse notice: Non-commercial users, feel free to print out "7 Common Editing Mistakes that Authors Make" for personal use or give to friends, share online, or make a meme of, as long as you attribute and link back to us. Commercial users, you may share a link to this post or quote a short excerpt from it with attribution and a link to this site, but you may not use this post in its entirety. Thank you for caring about copyright.