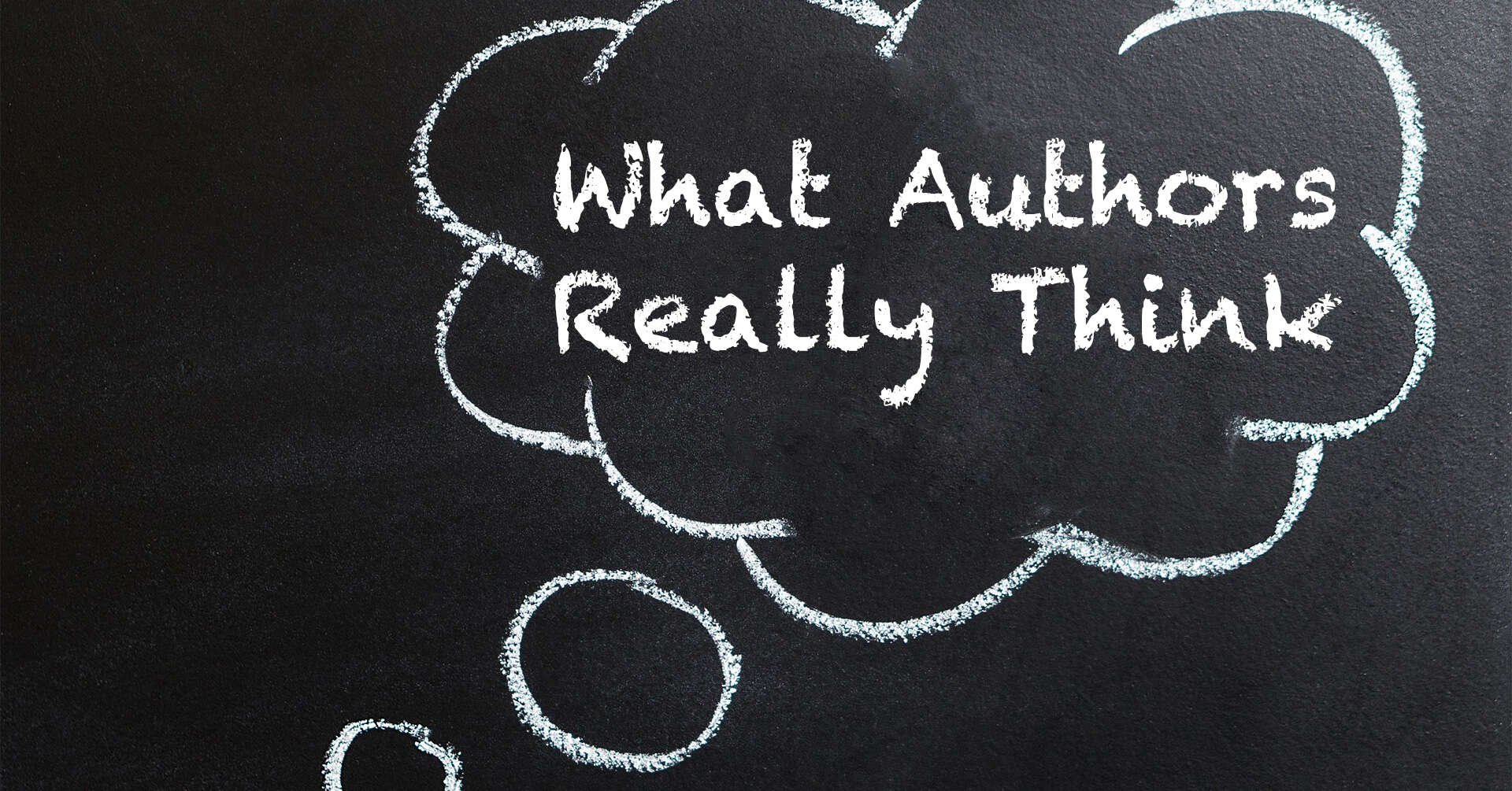 Ever wonder what kind of conversations authors have with their characters when writing? I often get involved in conversations with myself when my characters go off-script, so to speak, and mess with all my grand plans for their future.

I've rewritten the following scene a few times, and while I can't guarantee it's done being tweaked, I think it is. So for something completely different, I'm going to post the snippet, with my personal thoughts interjected in parenthesis. This is really how my brain works. You've been warned.

Hunter and Shannon have a reunion, about halfway through Renegades: Book 2 of The Wildblood. They are on the verge of a serious relationship. The problem being, they have very different backgrounds and ideals. Read the bold lines first, that's the actual snippet. Reread. My smarmy comments are in parenthesis.

(Did you really think he wouldn't notice that??)

She glared at him, dropping her canteen and clamping her mouth shut instead of saying something rude.

(You're so lucky she didn't punch you. She's twenty, for goodness sake. Her hormones are running amok. Pay attention!)

He knew that look. “And you're pissed at me. Because I kissed you?”

(I was right, you really are clueless.)

For a moment, Shan was astonished. “You think that's why I'm angry?” She put her hands on her hips, only accentuating the fact she was mad, and that she wasn't wearing body armor.

“Apparently, no. What did I do wrong?” Hunter asked, leery.

“You could have asked me to come with you, when you left Estes Park.”

(See? You're not paying enough attention, Hunter. You should run now.)

“I might have alluded to it. The point is, you should have asked.” Shan was frustrated. He wasn't like the men she knew, the ones she'd grown up around. She had no trouble expressing herself to the select few of Team Three's inner circle, or talking them in to things.

There was no winning the argument, he knew from past experience. “What about Mac?” he expressed his own frustration.

(Noooooooooo!! You did not just say that!)

“Tall guy. Wears a cowboy hat, watches a lot of old movies when he's off-duty. You two are . . . involved.”

“Maybe not for you,” Hunter corrected. “And maybe not for him. I have trouble working around that. Once I figure it out, I’ll tell you all about how I feel.” He knew exactly how to push her buttons, or to make her think about it. His choice was the latter, this time.

“I don't even know how to respond,” Shan decided after a moment.

“What do you need my help for?” he changed the subject none too smoothly.

“I’m a Scout, I might as well see what I can about this trade route. Maybe it will keep Command from firing me, later.”

(Looks for another cup of coffee)

Hunter folded his arms, never sure if she was joking when it came to Command.

(You know nothing, Hunter. Nothing!)

“There are times I really despise that . . . smug look,” she folded her arms, daring him to respond.

(You're really not going to let him walk away like that, are you? ARE YOU??)

This is a bit farther on in the same book. JT is Hunter’s brother, and they’ve been separated by war since they were children.

“I ended up in front of Command and Chairman Haines as soon as we started working together,” Hunter mused.

(To be fair, you were warned about this sort of thing.)

“Sounds like a good story,” JT said, wandering in. The mess tent was the first place he’d looked for them. “Join me at my campfire and tell me the rest. I've brought beer as an offering.”

“We can do that,” Shan said, finished with the meal. She stacked her dishes on the pile and waited for them. “Because I bet there will be some interesting embellishments.”

“I don't exaggerate,” Hunter defended, following his brother and holding the door open for her. She still wasn't wearing body armor. There was a Sig on her shoulder, always.

(Man, that lack-of-body-armor obsession is going to get him in trouble. Or something.)

Shan grinned at them. “Please, do tell.” It was a short walk along the trail, passing other fires, and groups of people enjoying the evening. There was music and laughter.

(They all need to learn to laugh more. This is a me-problem.)

“Let me know if I get close to anything classified,” Hunter added, finding canvas chairs already waiting.

She shook her head, gesturing for him to continue.

(Giving him more rope to hang himself with.)

JT took a seat on the other side of her, passing out the beer. Two each. “There's plenty more, but keep in mind, we break camp at daylight.”

“I'm not talking about the Sweeps run at the end of April,” Hunter warned, back on the subject.

“No,” Shan agreed. “We got called up to Command when we came back from following Wade to Colorado. Or, trying to follow Wade to Colorado. Someone had different orders, ones that superseded mine, and ones he didn't tell me about until later.”

(See, she takes out her frustrations on whoever gets too close. You didn’t run away when you had the chance, Hunter; you’re on your own.)

Hunter shrugged. “That was the second time we worked together, and 'bam,' this close to a reprimand on my record.”

(True enough. And then?)

Shan laughed. “I've heard about your time with the caravans. Don't act like you'd never been in trouble before.”

“Second time out,” he repeated.

(OMG, she likes you. DO SOMETHING.)

“Is that how you two met, with the caravans?” JT asked.

“Capt. Allen, you're a mystery to me. I asked my brother how many women he was involved with and he said, just one, when she's ready to be serious.”

Shan raised her eyebrows, savoring the beer. It was dark and rich and cold. “Really? And you think he meant me.”

“He has spoken your name. I recognize that look of someone infatuated.”

(You can tell they are related.)

“You were worried about me embellishing stories,” Hunter said, settling back.

“Did you say that?” Shan asked.

“Yes, I did.” Hunter drank some beer. If there was going to be drunk confessions, he intended to fully participate.

“How did you meet?” JT repeated, genuinely curious.

“A year ago,” Hunter said. “We met a year ago last week, on a road, in the middle of the night. She ordered me to get the hell out of her way. When we actually met face to face, she told me I drove like shit and that rookies shouldn't be allowed out to play.”

(He remembers things, too.)

“Fairly accurate,” Shan gave him that one. “Letting a rookie drive at night, on that road. Questionable.”

(Stop being a show-off. He gets it, you’re Captain Fantastic.)

“I'll let Dallas know, next time I talk to him,” Hunter countered.

(You’re on your own. Dallas knows better than to get involved.)

“Pretty sure I told him.”

(And he told Hunter he was on his own then, too. Don’t start none, won’t be none.)

“You really are his senior officer?” JT asked.

“He's been in Security two years. I've been in Command that long, Security since I was fifteen.”

“What does a fifteen-year-old do in Security?”

(Annoys her CO with silly questions.)

“Mostly, I sat in the com center. It didn't take me long to qualify as a Dispatcher. I'm close quarters qualified, too. I drive, mostly, and mostly by myself.”

“On the ice, in the dark,” Hunter added his color commentary.

“When did you tell him about, you know, that unspoken thing?”

(Yeah, there it is. Everyone wants to know, up until they hear it, then they wish they hadn’t.)

“When she had to. When we were following Wade to Colorado. She didn't want to, and couldn't prove a thing,” Hunter said.

“Trust issues. Every person like you I've run across has those, in spades.”

“From what I've seen, with damned good reasons,” Shan said.

“When I got her to go home, we were sent right to Command. At least I knew why. Then they gave us Cody. The rest,” he shrugged.

“I really don't have to. Very few have seen anything that could indicate I'm different. Most of them don't even know it, if they see something unusual.”

(Plausible deniability. A politician in the making? Gee, I hope not.)

“She'd never let you,” Hunter said. “I had to resort to bribery.”

“Yeah, there are some things I don’t want to know.”

“You have a dirty mind,” Shan pointed out.

(OF COURSE HE DOES!)

“All men do, Shan. If you don’t know it now, you’ll figure it out soon,” Hunter mugged it up for her.

“What’s next?” JT meant both of them.

Through 3 books—a quarter million words—their relationship has various changes, all being growth. That’s the key for me, making a character grow and learn. Sometimes it’s simple, most of the time, it’s not. And there will definitely be a lot of silent remarks on my part. 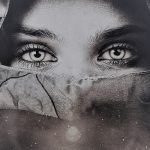 S. A. Hoag is an author, lapidary artist, very amateur astronomer ("I just look at the stars, I can't tell you their names."), hockey fan, and accidental desert-dweller. Born in the middle of the Rocky Mountains of Colorado, she has lived in a number of cities, in a number of states, before crash-landing in the New Mexico desert. Not Roswell, however. Science Fiction has always been her first interest in reading and writing; many other genres sneak into the novels and that's all right with her. Find more about her and her books at her website.