Research Is Such Fun and Educational 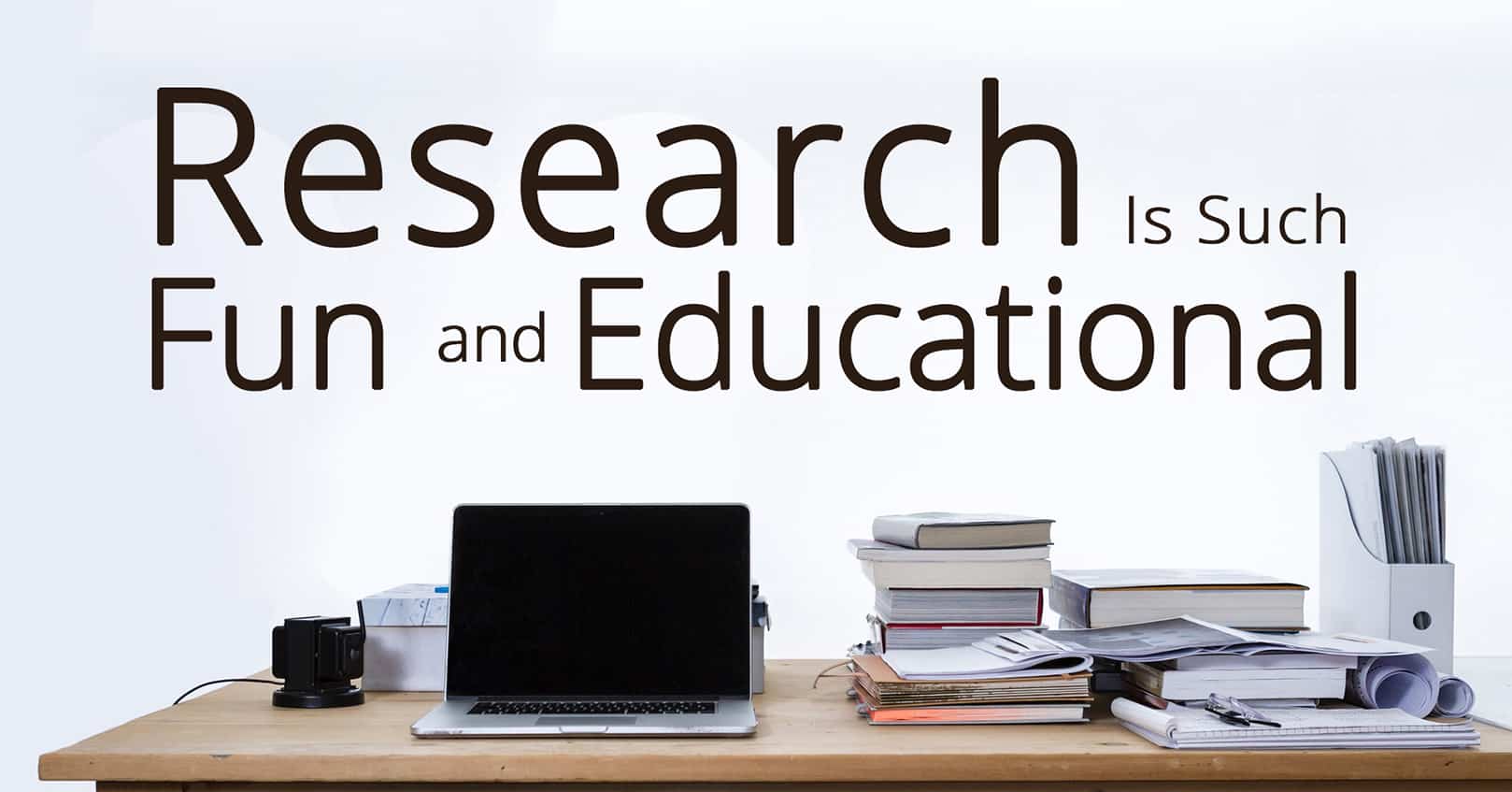 When writing historical romance, research is imperative to make the story believable. It helps me understand how the people of that century lived. Even if the area is fictional, I need to do research. When writing historical fiction, I like to add true events that are part of history. Not only does this make the setting feel real, but it’s also fun for the reader to learn what it was like to live during that time period. It helps us to understand their life style.

I have a new series called Willow Valley Historical Romance, which has a mystery to solve in each book. One Last Dance is set in 1835 and I wanted the main character to be an art teacher. Since women usually taught children that were elementary age, I had to do some research. Usually men were the ones who taught in a college setting. When I discovered there was a ladies school in New York, I was excited to find that women teachers were trained and hired. Emma Hart Willard established the Troy Female Seminary on February 23, 1821 in Troy, New York. It was the first in the United States, which provided young women with the same college education as young men. “The seminary provided tuition on credit for students who could not afford it, with the agreement that those students would eventually become teachers themselves.” (Scott, Anne F. “What, Then, is the American: This New Woman?” The Journal of American History 65, 1978: 679–703)

My story does not take place at the school, but it gives the reader the background of my character and what she did for a living. She taught art to young women. Giving a good background for my character is important.

Since this story is called One Last Dance, Felicity learns the Boston Waltz, which is a new dance in America. This becomes one of the themes of my story. In my research, I found that Lorenzo Papatino introduced this American Waltz to Americans in 1834. It is much slower than the original waltzes in Germany and France. In America, the Boston Waltz received much criticism by the upper classes. They didn’t want to overstep the bounds of propriety. After years of dancing at arm’s length, it was not readily accepted. To embrace one’s partner was unheard of and drew much criticism, especially among the pastors.

One day my daughter decided to do some housecleaning and found a box of her grandmother’s keepsakes. Among all the letters and old yellowed newspapers, she found a newspaper clipping about the waltz. She laughed and handed it to me to read. There was no date or name of the newspaper, but I figured it was in the 1800s. This is what the clipping said: The Reverend G. W. Simpson has uttered a strong denunciation of dancing in a letter to his parishioners. “Many think that there is very little harm in dancing, and I entirely agree. If only we had the right style of dancing; but, unfortunately, a style of dancing has been introduced into this country during comparatively recent times—I refer to the waltz and kindred dances—which in many cases cannot but excite the animal passions, and affords abundant opportunities for undue familiarity.”

Research is such fun! In the second book in this series, Angel’s Serenade, this story is set in 1836. You will learn about the infamous River Pirates along the Mississippi, the remedies for illnesses of that time period, and the effects that music has on a person. Since the main character in this book is a doctor, I had to research the remedies of that time period. For a migraine headache, Feverfew was recommended, which is commonly known as Cornflower or Bachelor’s Buttons. For an insect bite, dab some honey on it to take away the swelling and ease the pain. Do this every hour. For a sour stomach, milk or soda in a cup of water would do the trick.

In book three, A Pleasant Rivalry is set in 1839. I found out that the abolition movement started in Illinois. This state contributed more to the abolition of slavery than any other state. Some abolitionists were harassed by mobs, Elijah Lovejoy was killed, and another was banned from the Presbyterian Church because of his beliefs.

I also learned about the experiences of the refugees who were kicked out of Missouri by some mobs in 1839. The kindness of the people in western Illinois was touching to read about. Some people allowed them to live in their houses, barns, and sheds until they could get back on their feet. There was also the Indian Removal Act, which was heart wrenching. Forcing the Cherokee from their homeland was called The Trail of Tears. The Act gave the government the right to remove the American Indians from their land. Even though Van Buren paid them five million dollars for their property and agreed to relocate them, they didn’t want to leave their homeland. Many of them died from exposure as they were pushed west of the Mississippi. It was heartbreaking to learn what Van Buren and Andrew Jackson had done to the Cherokee nation.

Research for this time period really opened my eyes to the experiences that many had to endure in the 1800s. For those interested, below are two reviews.

“One Last Dance kept me guessing until the end and left me wanting to read this book all over again. If you like Historical Romance with a mysterious touch and well-developed characters, this book is a must-read.” –Author Katrina Hart

“One Last Dance by Linda Weaver Clarke is a historical romance with a mystery to add to the tale. Felicity has always been a strong and independent woman. Amongst mystery, loss, paintings, and a career, she is going to have to decide if love has a place in her heart.” –Author Anna Del C Dye

Reuse notice: Non-commercial users, feel free to print out “Research Is Such Fun and Educational” for personal use or give to friends, share online, or make a meme of, as long as you attribute and link back to this post. Commercial users, you may share a link to this post or quote a short excerpt from it with attribution and a link to this site, but you may not use this post in its entirety. Thank you for caring about copyright. 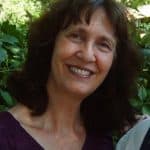 Linda Weaver Clarke was raised in the Rocky Mountains of Southern Idaho and now lives among the red hills of southern Utah. She is the author of Historical Romances, Swashbuckling Romances, Cozy Mysteries, a Children’s Book, and Nonfiction. Linda works at the Family Search Center, where she helps people find their ancestors so they can learn about their heritage. To learn more, visit www.lindaweaverclarke.com. 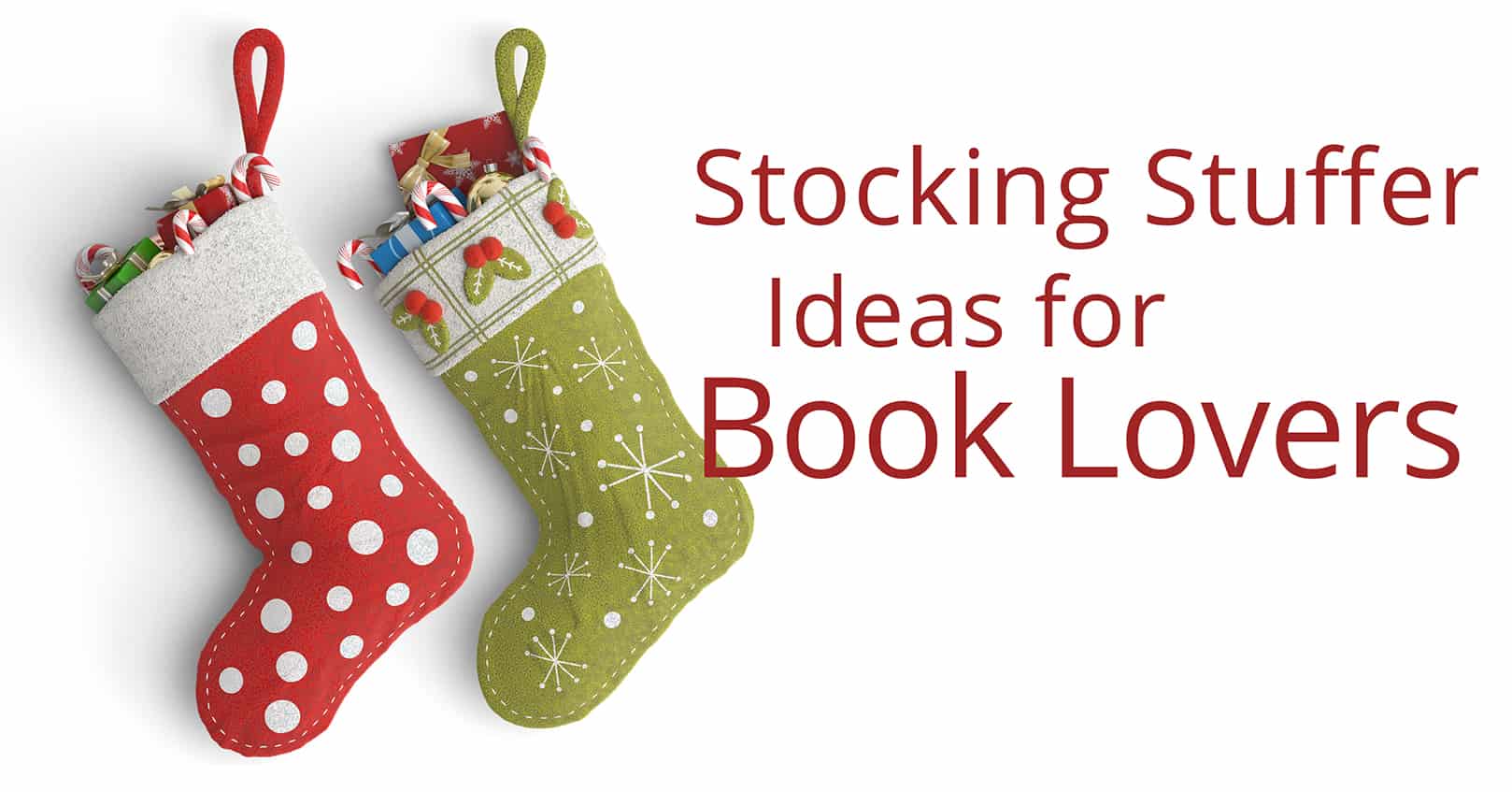 Looking for stocking stuffer ideas for book lovers? This list is a great way to find gifts for those book lovers in your life—or to send on to others so they know what you would like! 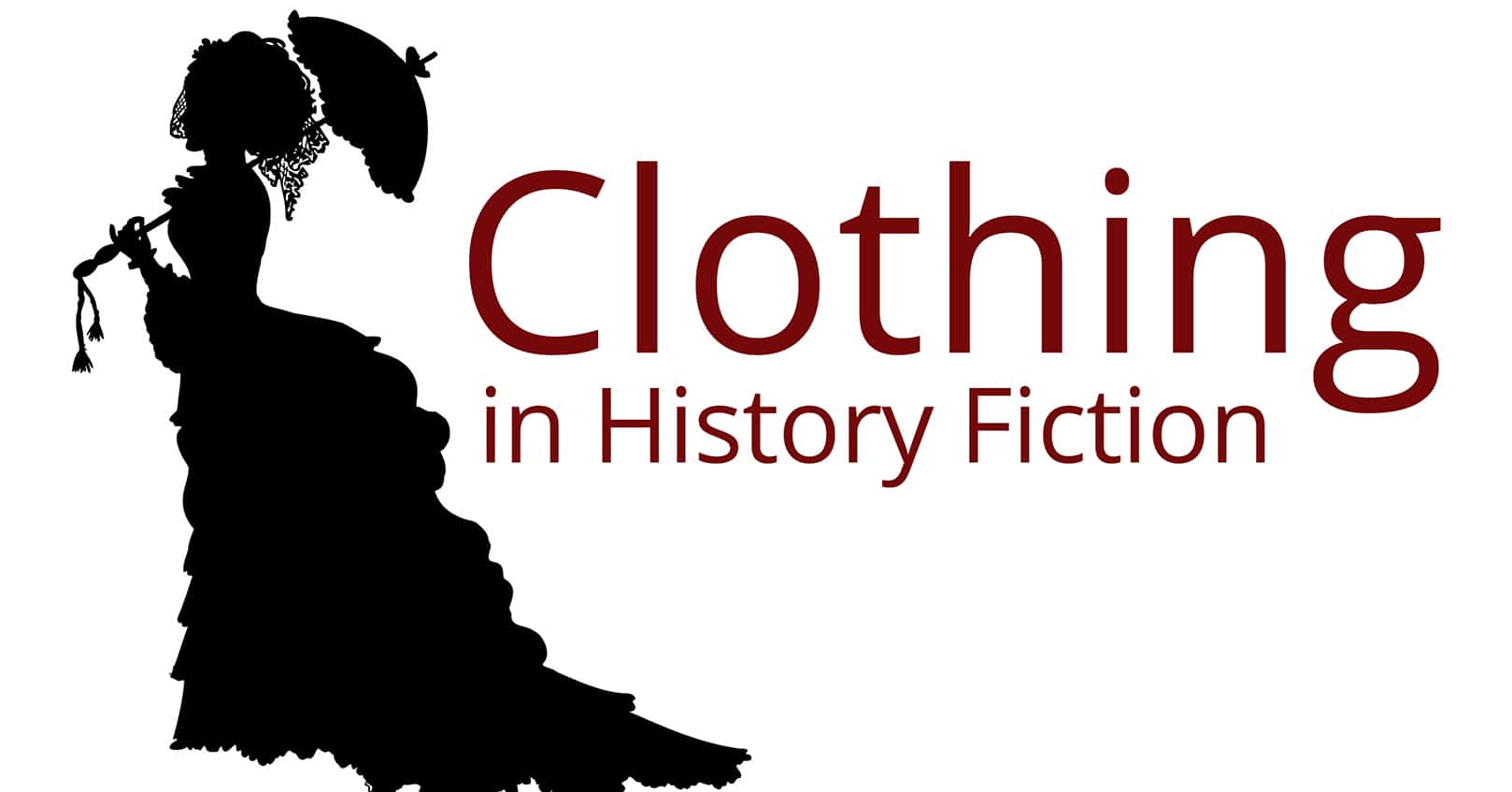 Clothing. It’s part of the fun of reading historical fiction. The history of clothing is, on its own, a lot like an epic family saga, full of rebellion and conformity and new innovations. 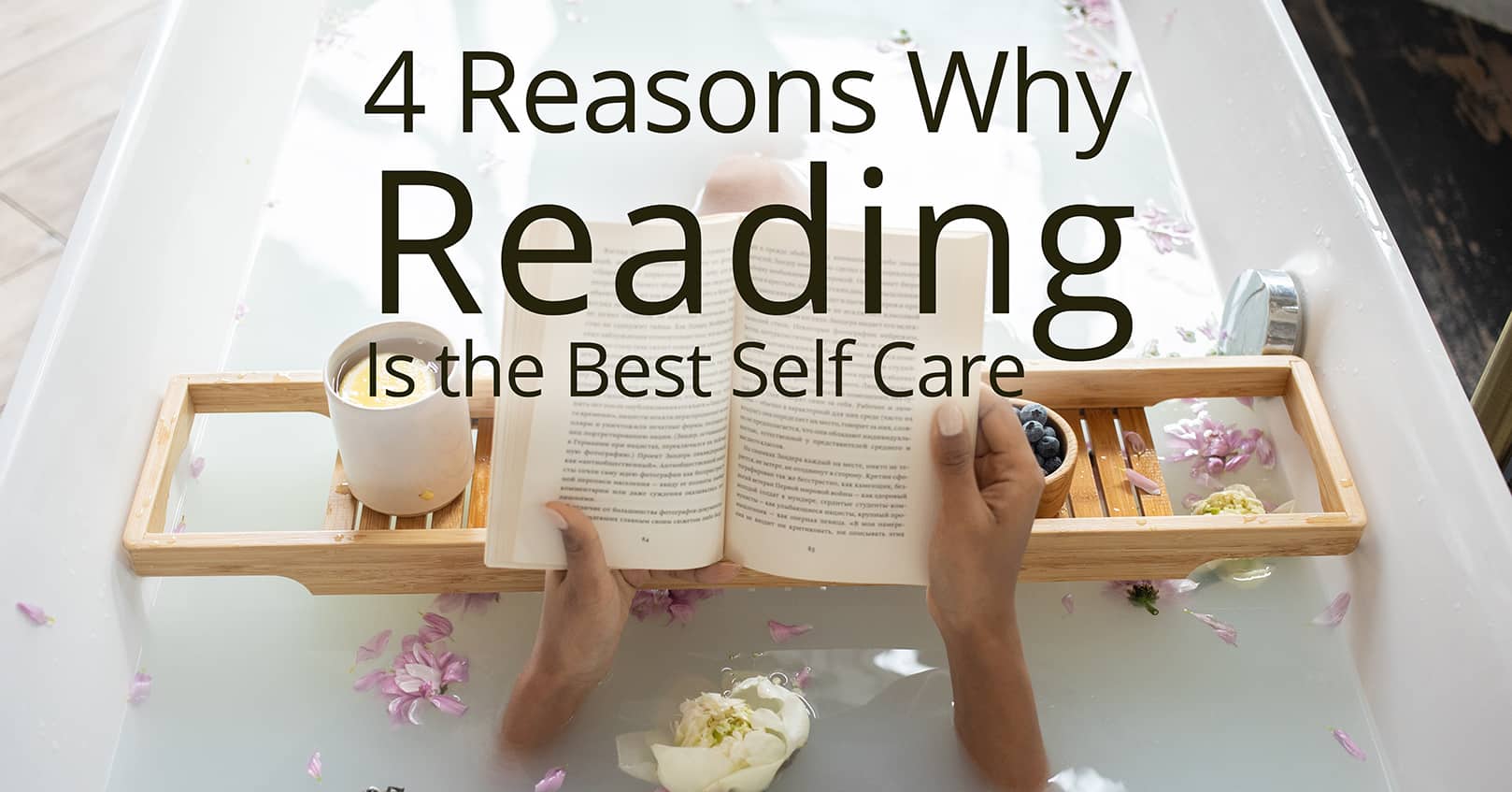 After a long day at work, or a week dealing with stresses, there’s no better way to prepare for the future than to rest and recuperate with self-care. If you’re looking for something that reduces stress and helps you in a variety of ways, you should try reading.