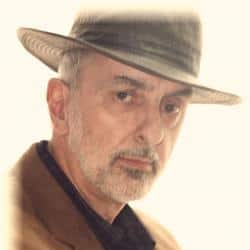 Hi. I’m Robert Bidinotto, a.k.a. The Vigilante Author — and creator of Dylan Hunter, the thriller world’s “new face of justice.”

All my life — since I watched “The Lone Ranger” and read Batman comics as a little kid in the Fifties and Sixties — I have been passionate about the principle of justice.  When I began to write nonfiction in my teens, that was the underlying principle in everything I wrote. It remained the theme of my work throughout my later career as an award-winning journalist, magazine editor, and nonfiction book author.

Now it’s become the central theme of my fiction-writing, too.

Like me, the hero of my Dylan Hunter thrillers is motivated by his passion for justice. He cannot walk away when injustices are committed against those he cares about. That’s why Dylan Hunter became a vigilante — why I refer to him as “the new face of justice” — and why I refer to myself as “The Vigilante Author.”

Dylan made his debut in HUNTER, which became a #1 Kindle bestseller in "Mysteries & Thrillers" and a Wall St. Journal "Top 10 Fiction Ebook." The saga of Dylan and his tough, sexy lover, CIA officer Annie Woods, continued in BAD DEEDS, which won the CLFA "2014 Book of the Year Award."

Right now I'm working hard on the third Dylan Hunter thriller, WINNER TAKES ALL, slated for completion and release in the first half of 2016. I hope to continue the series indefinitely — for as long as folks like you are willing to read them. I am grateful for your encouragement and support as I continue my own adventure of writing exciting, thought-provoking thrillers for Dylan's thousands of fans.

Robert Bidinotto -- the bestselling author of HUNTER and its award-winning sequel, BAD DEEDS -- earned a national reputation as an authority on criminal justice while writing investigative crime articles as a former Staff Writer for Reader's Digest. His famous 1988 article "Getting Away with Murder" stirred a national controversy about crime and prison furlough programs during that year's presidential campaign. It was named a 1989 finalist for a National Magazine Award from the American Society of Magazine Editors.

Robert is author of the acclaimed book Criminal Justice? The Legal System vs. Individual Responsibility, with a foreword by John Walsh of the "America's Most Wanted" television show, and of Freed to Kill -- a compendium of horror stories exposing the failings of the justice system. He drew upon this background and his personal experiences with crime victims to write HUNTER.

He received the Free Press Association's Mencken Award in 1985 for "Best Feature Story," and he has been honored by the National Victim Center and other victim-rights organizations for his outspoken public advocacy on behalf of crime victims. As a magazine editor, in 2007 he won the industry's top honor for editorial excellence -- the Folio Gold "Eddie" Award.

Robert makes his home on the Chesapeake with his musician wife, Cynthia, and their cat, Luna (who plays a supporting role in the Dylan Hunter thrillers series). He now writes fiction fulltime and is at work on the further adventures of Dylan Hunter -- "the new face of justice."

Don't tell anyone, but I love to sing show tunes and standards. Once upon a time, I used to play guitar pretty well, too. I love old movies and reading thrillers. And I'm a political junkie, alas.

Maybe walking on a glacier in the Swiss Alps? Or swimming with stingrays in the Caribbean. Does the Sistine Chapel or the Coliseum in Rome count?

My wife and I love to take an annual cruise to the Caribbean. But we like the amenities on the ships more than the beaches. I prefer the mountains. I loved a trip to Switzerland some years ago, highlighted by excursions up into the Alps. I've also enjoyed my visits to the Rockies in Colorado and British Columbia.

Why should I reveal to my enemies how they can get under my skin, huh?

Four, so far. Besides the first two Dylan Hunter thrillers, I wrote two nonfiction books about the criminal justice system.

In my impossibly cluttered second-floor office, where I'm surrounded by my favorite books, reference and research materials, and sundry gadgets.

Nah. I can't deal with ANY distractions when I write.

Besides Dylan Hunter and Annie Woods, I love the 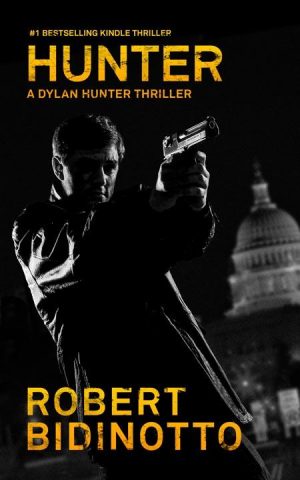