Hi y'all! I'm plugging away at Awen Tide, the 3rd book in the Awen Trilogy, and am on schedule to release in May 2022. Soon after that, Part III of the Awen Prequel, The Druids of Marduk, AboveEarth, will be published. At that point, both the trilogy and its prequel will be complete! By Fall 2022, I'll embark on one of two new series - one will be a spin-off from the Awen trilogy - most likely a paranormal women's fiction. The other? Well... I'm not sure yet. The first volume of that one is mostly written and could end up being a rom-com, or a cozy mystery, or have paranormal elements. Time will tell!

O.J. Barré hails from the lushly forested, red-clay hills near Atlanta, Georgia. From birth, O.J. was a force of nature. Barefoot and freckled, headstrong and gifted; she was, and is, sensitive to a fault. Books became her refuge as a young child, allowing O.J. to escape the confines of her turbulent alcoholic home on adventures to untold places and times. Her daddy's mother was a Willoughby, making O.J. a direct descendant of William the Conqueror. Her Awen series is a love letter to that distant past.

A child of the '60s and '70s, O.J. cut her teeth on the classics, reading every book her local library had to offer, including Animal Farm at the tender age of eight. A tomboy, she rode horses, climbed trees, waded in creeks, and cheered, all while excelling in English classes and maintaining a straight-A average in school.

Many of O.J.'s favorite novels are those with animal characters. In the early 2000s, Terry Brooks's Magic Kingdom for Sale/Sold leapt off the racks of her local Barnes & Noble and into her hands, changing O.J.'s life forever. With its quirky dog-scribe Abernathy and the other talking animal and earth characters, this series became one of O.J.'s favorites. Brooks's juxtaposition of a fantastical world within our day-to-day one directly influenced the creation of the Awen trilogy. O.J.'s love of meditation, natural healing, nature, and cinema can also be found in the pages of her novels.

I've been all over the world in books

Beach. Though I love the mountains, the rhythmic ocean surf against the sand scrubs my soul clean.

Four, soon to be Six

Watership Down - it taught me animals have a voice - and those voices should be HEARD!

Coffee shops and restaurants during their quiet times, though Covid put a HUGE dent in this for me.

Occasionally, though I prefer silence. If I do, it's usually instrumental, classical, or rainstorms.

So many! One of my favorites is actually a "bad guy" - a Reptilian named Azi. 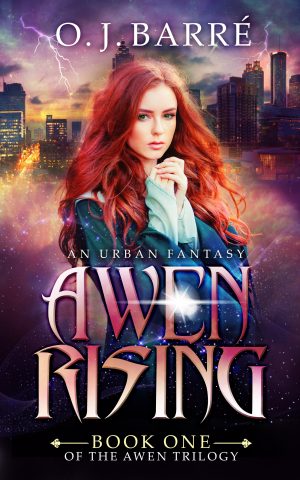 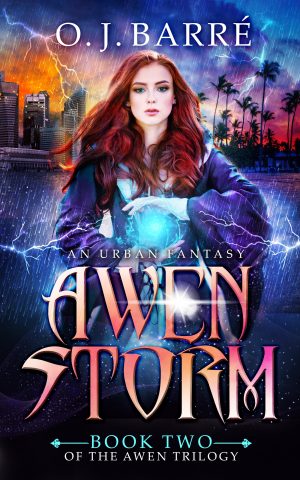 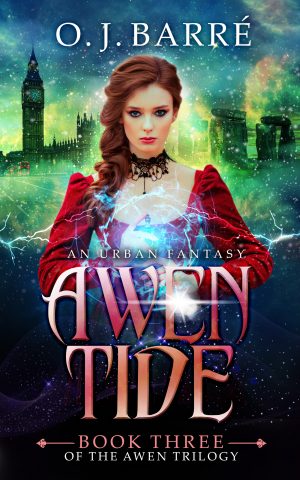