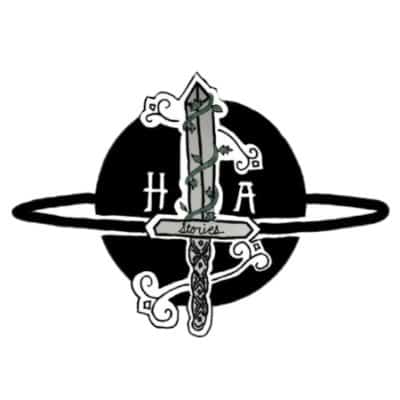 We are currently writing book 2 of our YA sci-fi "Empire" series! The goal is to publish sometime this coming April 2023. Besides that, just trying to survive high school (and there might be an "Empire" script in the works too...)

Everything started in 5th grade when Hallie Balogh and Auttie Grace first met. They quickly became known for always being together. You never only saw one of them. That 5th grade school year didn’t only spark their friendship, but it set the foundation of the Auttie and Hallie writing power duo. From 5th grade and all through middle school, they spent their lunches, free time, and every chance in between writing stories together. Once Covid-19 hit, they took it as an advantage to write their first novel, “Empire: To Earth and Back.” Honestly, it started as a joke, but here they are, two teenagers with a published YA sci-fi adventure novel and many more to come. As young teenage girls, they want to inspire others that no dream is “too big” when you’re passionate about something.

Hallie is learning to code, Auttie calls her a nerd. Auttie likes taking care of small children, Hallie does not. Hallie likes archery, Auttie would accidentally shoot herself in the foot. Auttie likes motorbikes, Hallie would most likely fall off of the motorbike...our list of opposites goes on.

Let's not go down THAT rabbit hole...

Only one so far. The second installment in the series is coming soon though!

One of us (Hallie) has always been a MAJOR bibliophile while the other (Auttie) didn't start getting into reading after we wrote our first novel together. So if we had to choose one book that changed both of our lives, we'd have to say our first novel, "Empire: To Earth and Back."

We love the feel of writing in little cafes, basic, but so satisfying. We can pretty much write anywhere with comfy seating and good food. (Bonus points if sitting at odd angles or even upside down is not frowned upon!)

Yes! It depends on the mood though. If we're writing a really exciting scene, we typically listen to fantasy background music to set the tone. Otherwise, we have an entire "Empire" playlist with songs dedicated to each of our characters...and their ships.

Hmmm... tough one. August is the comic relief and it's hard not to love him, butttt.... our two favorite characters are probably Meeka and Delphi since they mirror our real life friendship in the book.
view 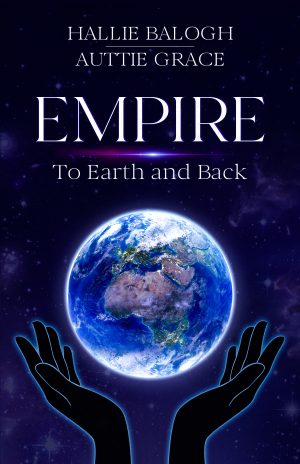 Empire: To Earth and Back
by Hallie Balogh & Auttie Grace
Moderate
$4.29