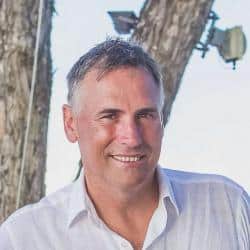 Author and international novelist - my debut novel Nothing Left But Fear has sold around the world, including the UK, America (including Hawaii) and as far afield as Australia.

About Adrian Russell – Author and Novelist
Russell was born in London, but as a young baby his parents moved him out of London to Hertfordshire, England and then to a small village in Essex where he grew up until he moved back to London to begin his working career.
Adrian Russell began his career as a Chartered Accountant, qualifying in the West End of London. In his latter career he has been an entrepreneur running a number of different businesses. He is also a professional property investor across the UK.
Russell came to writing later in life and began writing his first novel when he was in his late forties. He finished writing his debut novel whilst he was going through cancer treatment. He used his writing to distract him from the fearful thoughts that are experienced when going through this disease.
Adrian Russell moved to live near the New Forest and Bournemouth, which is where he began his writing career. This is where he lives with his beautiful wife Jo and their dog Missie and cat Lilly.
You’ll find Adrian typing away on his laptop or iPad almost anywhere, including the beaches in Barbados and Greece, which is where he began his second crime thriller novel.

Adrian Russell Author of Nothing Left But Fear Novel
‘I love to write and do most of my writing when I’m in a far away land…like Barbados or a small Greek Island in the Mediterranean. I love to spend my time exploring new characters and disappearing into a fantasy world, in between spending time on the water sailing or wind surfing and with my lovely wife Jo.’ Adrian Russell
‘When I’m writing it doesn’t feel like work to me…so writing to me is like my Holy Grail of work!’Adrian Russell
‘When I was reading Dan Brown’s The Da Vinci Code a few years back, if you told me then that I’d be a published novelist, even I wouldn’t have believed it.‘ Adrian Russell

Whatever my wife buys

Beach - it's warm and is great for writing inspiration

Rudeness and arrogance - both are unecessay

The beach or over looking the sea 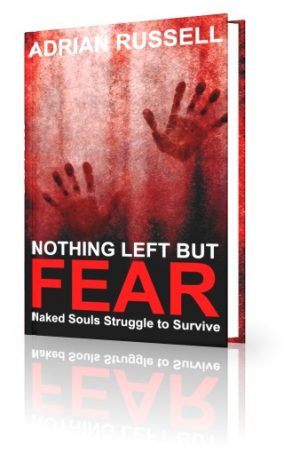 Nothing Left But Fear
by Adrian Russell
Adult
$1.99