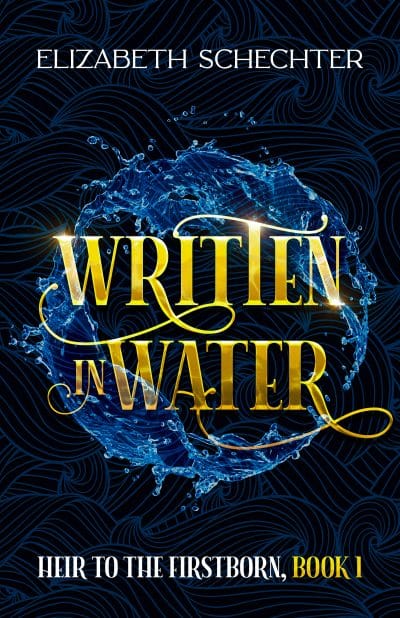 Written in Water (Heir to the Firstborn Book 1)

A storm-tossed ship with a single survivor . . . and Aven’s life will never be the same.

Until the usurper Mannon turns on Firstborn Tirine, her Council, and Milon, her Heir, stealing the throne of Adavar and throwing the world into chaos.

Twenty-five years later, Waterborn Aleia and her mate, Earthborn Jehan, survive alone far out at sea, maintaining little contact with the Water tribe. It is the only life their son, Aven, has ever known.

Then the storm comes, driving a storm-damaged ship into the deep waters. The only survivor on the deserted ship? A girl with wings, who Jehan and Aven discover unconscious and imprisoned in the hold. When she wakes, she knows Aleia and Jehan on sight, and what she tells them turns Aven’s life upside down.

Her name is Aria.

She is the Heir to the Firstborn, charged by the Goddess to take back what was stolen.

And Aven is her first Companion.