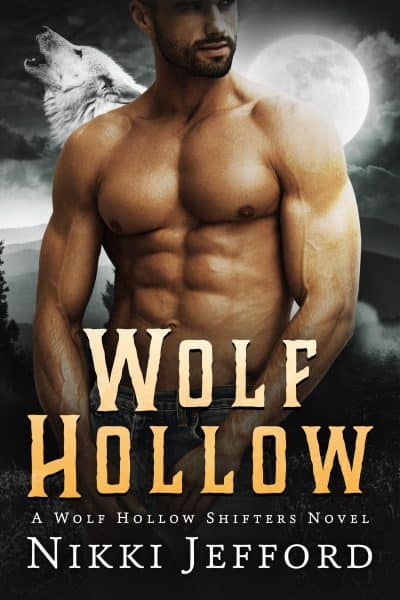 The future of Wolf Hollow depends on their single shifters to claim mates, but the pack is threatened when their only wolf-wizard sets his sights on their last pureblooded female.

Breed or die off.

The future of Wolf Hollow is in the hands of their single shifters to claim mates and rebuild their pack after a devastating attack leaves them vulnerable.

Sasha is the only surviving female pureblooded wolf in her pack and feels the pressure to claim the pack’s only pureblooded male . . . until he runs off rather than claim her. The elders have chosen a new male for her with no concern for her feelings on the matter. None of her packmates appear to care who mates her, except for one.

An attraction that threatens the future of the pack . . .

Tabor, a hotheaded half-breed, is the hollow’s only wizard shifter. Constantly overlooked despite his strengths, Tabor believes Sasha is as shortsighted as the rest of the pack until she proves there’s more to her than a blindly obedient lapdog. Unable to resist the stubborn and sensual pureblood, Tabor would risk everything to claim her.

Despite her vanishing bloodline, Sasha can’t resist the charismatic half-breed, even as the elders set her up to breed with another pureblood.

Predators are closing in, threatening to eliminate their pack permanently, and there are shifters within Wolf Hollow willing to do anything to prevent the pair from claiming one another.