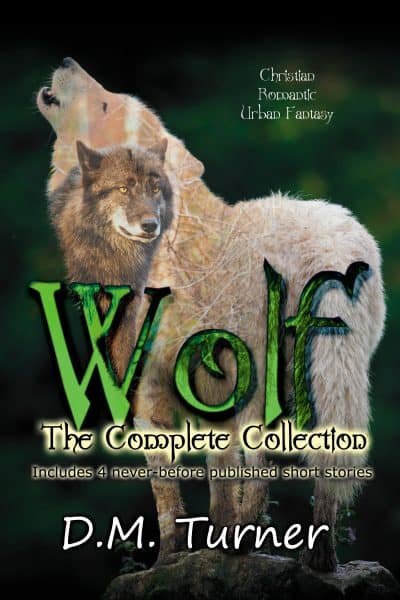 How Do You Cope When Your Eyes are Opened to the Reality of Monsters, and You’ve Become One of Them?

1 – WOLF: Turned – College student Tanya Sikes never believed in monsters. Though life has thrown her some difficult personal curve balls on occasion, she’s lived a sheltered life as far as the evil in the world at large. Nothing could’ve prepared her for being kidnapped or to meet the man who would rescue her from captivity too late to keep her from becoming one of the monsters. Why has God forsaken her?

2 – WOLF: Family – Tanya Sikes desires justice for the women who’ve died and closure for their frightened families. She’s still uncertain why God let her survive. Her family grieves, wondering what has become of her. She wants to reassure them, but how can she face them, knowing what she’s become? What will she tell them? Will they abandon her when they find out the truth?

3 – WOLF: Dark Moon – Rejected by frightened parents, Tanya has turned to the wolf and the forest for solace. A beast belongs in the woods, after all. Colin won’t leave her alone though, hovering close to watch over her. Further support comes from unexpected allies….

4 – WOLF: Mate – Just when Tanya believes she’s found safety and acceptance in a pack, fights break out all around her, and her well-being is threatened.

5 – WOLF: Rescue – More women missing, this time a child taken, too. Tanya must face what’s been done to her. Even if the pack can find them, does she have the knowledge to help them survive? Will she crumble when she comes face-to-face with a man straight out of her nightmares?

6 – WOLF: Super Moon – Life should’ve settled down by now. At least, Tanya thinks so. The enemy no longer lingers on the periphery. If only she was truly free of him. Still dominated in her thoughts and emotions, she wants only to be free of him and free to love Colin as he deserves. The coming full moon brings a promise – to either repair damage wrought or complete the destruction.

7 – WOLF: Invader – There’s a new wolf in town, and she has a rather sizable chip on her shoulder. Tanya doesn’t let that deter her from issuing a warning though. The she-wolf brings a new possible threat, even as another arises on the Preserve.

8 – WOLF: Acceptance – Tanya continues to grieve for what she’s lost, and it’s creating difficulty in accepting what she’s become. A new threat, with a cage, requires a choice – embrace what she is and give herself a chance to survive, or turn aside from it and suffer a fate worse than death.

9 – WOLF: Thanksgiving Moon – The November full moon brings a time of great change, and something unexpected.