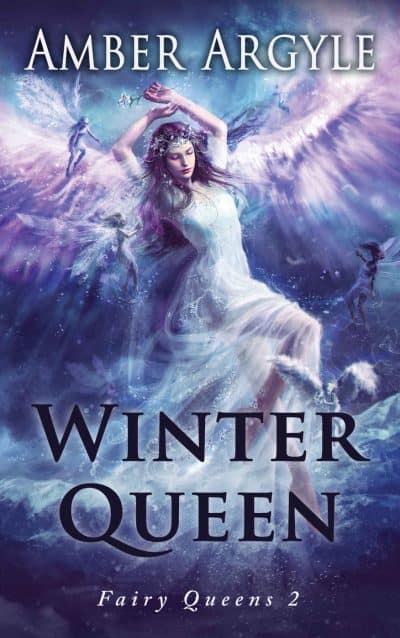 Becoming a winter queen will make Ilyenna as cold and cruel and deadly as winter itself, but it might be the only way to save her people from a war they have no hope of winning.

A dying man delivers a terrible warning: civil war has broken out between neighboring clans. As healer and clanmistress, Ilyenna is tasked with keeping the wounded refugees alive and her people fed in the midst of a seemingly endless winter.

But when the war moves to the heart of her village, Ilyenna looks into her enemy’s eyes and sees more than just cunning. There is also lust—lust for power and lust for her. She could save herself, accept the fae bargain that would grant her their dark magic in exchange for her soul. Her refusal leaves her struggling to survive her captor’s cruelty.

She finds a measure of solace in the arms of her fellow prisoner, Rone. But it isn’t long before she discovers the feud between clans is merely a distraction from something far worse. Ilyenna must decide whether or not to resurrect the power the fairies left behind. Doing so will allow her to defeat her enemies, but if she embraces winter, she risks losing herself to that destroying power—forever.

You don’t want to miss Winter Queen, the second book in the Fairy Queen Series—a sweeping saga that spans generations. Two families cursed by the fae to be immortal enemies must find a way to forgive past wrongs and combine their magic—one of fire, the other of ice—to save their dying world. Buy it now!