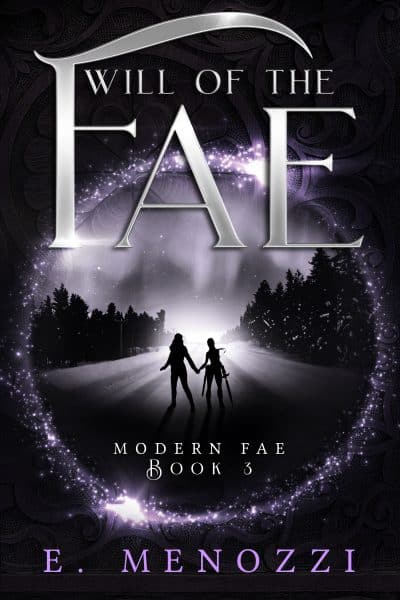 Will of the Fae (Modern Fae Book 3)

Families are complicated. Magic can’t fix everything. And sometime love has the worst timing.

Arabella, commander of the Faerie Queen’s Guard, Sworn to protect the Fae against all threats, would do anything for her cousins. Anything, including agreeing to give birth to a Faeling who might someday inherit the throne, even though there’s a war brewing against the demon clans and it’s her responsibility to protect the Fae.

After months of isolation, wintering over as caretaker for her family’s lodge in the Alaskan wilderness, Willow is ready to return to civilization. Just as the snows start to melt and the new caretaker is due to arrive, a string of strange occurrences and a best friend in trouble might cause her to change her plans.

When Arabella ends up on the wrong end of some Elemental blood magic and finds herself powerless and knee deep in snow, Willow discovers the Fae commander lurking in the shed at River Pines Lodge. To get home, Arabella must hide her magic, swallow her pride and ask a human for help. A human who reeks of magic but who appears completely unaware of her powers. Snowed-in and depending on each other for survival, it’s only a matter of time before secrets are revealed and hearts start to melt.

Note: This is a fade-to-black romance with a complete HEA.