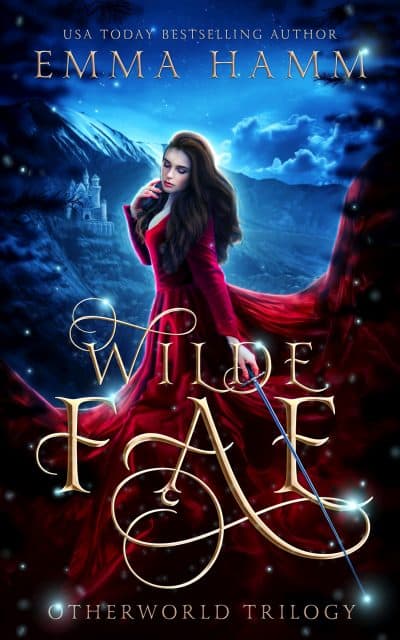 Over 1,000 pages sure to delight fans of Celtic mythology and classic fairy tales in this special collection of three full length novels written by USA Today bestselling author Emma Hamm.

Heart of the Fae
Once upon a time, a midwife fell in love with a Cursed King . . .

Sorcha of Ui Neill begins an impossible quest to save her father and loved ones from a terrible plague. First, she must find the King of the Forgotten Isle. Then, she must return with him to the mainland. However, she finds far more on the isle covered in mist than just a king. She finds a future for herself, and a deadly war among the Fae.

Veins of Magic
Once upon a time, a midwife became a Queen . . .

The battle has only begun, and Sorcha’s role in it has yet to be decided. In the human realm, she is nothing. In the faerie world, she has the heart of a king. But Sorcha is determined to take her fate into her own hands and become more than any have thought possible. With the world on the brink, the only thing that may save them all is a Warrior Queen.

Bride of the Sea
Once upon a time, a mermaid left the sea for a pirate. . .

A merrow woman is supposed to be quiet, accept her life with their ugly merrow husbands, and live out their lives at the bottom of the ocean. But Saoirse sneaks away to the surface and finds herself captivated by a human man. Manus is a pirate through and through. When he sees a little merrow who can make him rich, he knows to take the opportunity handed to him. But, neither of them know whether they’re using the other . . . or falling in love.