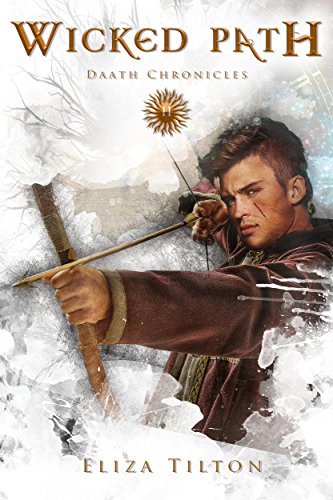 Three months have passed since Avikar defeated the Reptilian Prince. He returns to the scene of the fight for answers and discovers a connection between his family’s dagger and the kingdom of Daath. It seems only his distant father can reveal the truth behind it all.

Brother and sister are forced to opposite sides of Tarrtainya on a fast-paced adventure where the wildlife isn’t the only thing trying to kill them.

Three months have passed since Avikar defeated the Reptilian Prince, and he still can’t remember his battle with Lucino. On the hunt for answers, he returns to the scene of the fight and discovers a strange connection between his family’s dagger and the mysterious kingdom of Daath, and it seems only his distant father can reveal the truth behind it all.

Before Avikar can travel back home, Lucy assaults him in the market and forces him to flee to Nod Mountains—a place few dare to enter, and even fewer return from. With Raven and her childhood friend by his side, they must survive the treacherous journey through the pass with a vengeful Lucy hunting them. If they don’t, they’ll never see home again.

Jeslyn’s new life in Luna Harbor is the perfect remedy for her confused and broken heart. But when a group of mercenaries kidnap her beloved Grandfather, interrupting her daily routine as his jewelry apprentice, she’s forced to join forces with the one person from her past she tried to forget.

And his assistance comes with a price.