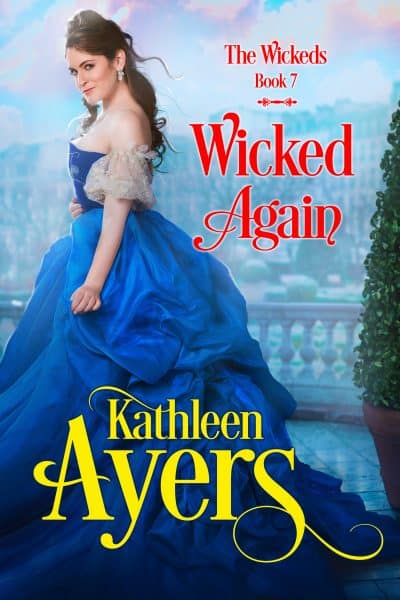 A scandalous affair with a much younger man.

A scandalous affair with a much younger man . . .

Lady Marissa Cupps-Foster has buried three husbands. Only one, her dear Reggie, was a love match. As a woman considered past her prime with two grown sons, she’s decided on discreet trysts when she feels the need for male companionship. Lord Trenton Haddon was only a dalliance. Haddon is tempting but far too young for her. And love is out of the question. Clearly, she isn’t good at it. Determined to forget Haddon, Marissa returns to London and immerses herself in society.

Seducing the widowed Lady Cupps-Foster was a way to pass the time at a dull house party but instead Haddon fell in love. Unfortunately, the object of his affection ended the affair and returned to London before he could declare himself. But Haddon has the perfect excuse to see Marissa again. His eldest daughter is about to make her debut and as a widower, he is in dire need of direction. Marissa won’t refuse his plea for help.

Haddon can be very persuasive when he wants something, and he wants Marissa. But Marissa is just as convinced he’ll eventually break her heart.

Will Marissa allow herself to find love again or will she stand by and watch Haddon marry someone else?