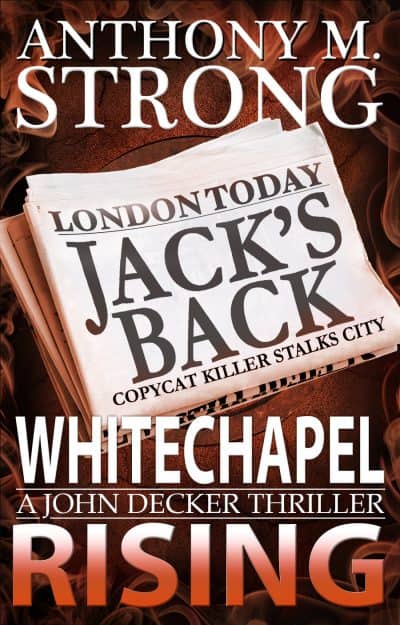 Jack the Ripper disappeared a century ago, his identity lost to the ages. Until a work crew finds his living corpse and the murders begin anew. As the terror mounts, ex-cop John Decker races to catch the hellish fiend. If he fails, the next death will be personal.

An impossible killer stalks the streets of London.

Jack the Ripper faded into history over a century ago, his identity lost to the ages. Until a work crew restoring a Mayfair home make a shocking find. A secret basement room walled up since Victorian times. The Whitechapel murderer’s lair. And inside, a corpse that has waited in silent darkness for over a hundred years. But it won’t stay that way . . .

Within hours of the room’s discovery, the body goes missing, and the murders begin anew.

With a violent killer on the loose and the body count rising, John Decker, still new to CUSP, is sent to England, along with seasoned operative Colum O’Shea. Their mission—to stop a ruthless monster from obtaining the one thing that will allow him to escape forever.

As the city huddles in fear and the terror mounts, Decker finds himself in a race against time to catch a hellish fiend smarter than any he has ever faced. Because if he doesn’t, the next death might hit a little too close to home.