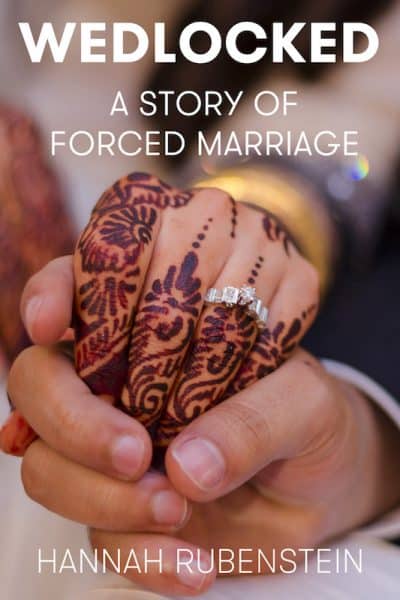 Wedlocked: A Story of Forced Marriage

Wedlocked: A Story of Forced Marriage is a work of narrative non-fiction that features the true tale of one woman’s experience with forced marriage as a way of introducing readers to a global practice that is only barely beginning to be understood in scope and severity.

When the plainclothes police officers appeared with a warrant for her arrest, Mayah assumed that her father—a powerful figure in Nairobi’s Indian business community—was attempting to frighten her.

What she didn’t realize was that her ordeal had only just begun.

That night, while her newlywed husband languished in a jail cell, she would be driven across the border at gunpoint, sedated, and locked in an empty room for days. She would be flown across the ocean in a drugged haze and awake in a walled compound in a remote corner of northern India. Later, she would swallow pills and bleed out the child she didn’t know she carried inside her. Mayah would remain a prisoner in her family’s home until she agreed to annul her marriage and wed a husband of their choosing.

Wedlocked: A Story of Forced Marriage uses the true tale of one woman’s experience to introduce readers to a pervasive practice that has only recently begun tiptoeing out of hushed living rooms and into the spotlight of public discourse. Many women who had been rendered silent, threatened by familial and community pressure to accept their fates without protest, have been stepping forward to speak out about the injustice of an institution that is only barely beginning to be understood in scope and severity.

Mayah’s story is just one of thousands. But it is hers. And by telling her tale—appalling in its violence, humbling in its magnitude, and ultimately redemptive in its humanity—forced marriage as an abstract concept can be rewritten. Mayah’s story is a pathway to make the intangible tangible; to color the statistics with a voice.