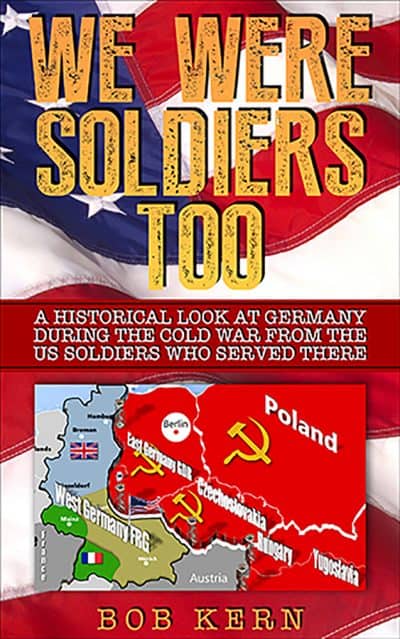 The following is a historical look at the Cold War in Germany through the careers of seventeen veterans who served there. These are their stories as they prepared to defend the Fulda Gap and ground zero . . .

Ground zero for a nuclear war was just over an hour northeast of Frankfurt, Germany. The small town of Fulda is nestled at the base of a natural gap in the hilly wooded terrain of West Germany and was a corridor between East and West Germany. Referred to as the Fulda Gap, this corridor was very likely the path the Warsaw forces and the Soviet Union would have taken to invade Europe.

This was the most logical and practical path for an invasion. History has shown other great military leaders had come to the same conclusion. Napoleon used this very corridor to withdraw westward during the Battle of Nations and General George S. Patton used it to push the Nazis eastward during World War II. It was the best location, by all accounts, for the Soviets to send their mechanized units through quickly to conquer Frankfurt, the capital and financial center of West Germany and Europe beyond.

European leaders were shocked at how quickly Hitler had been able to conquer Europe during World War II. To calm these fears and assure them that the United States would not abandon them at the conclusion of the war, the United States maintained a significant military force in West Germany for the duration of the Cold War.

The forces on the east and west sides of the Fulda Gap were the largest numbers of military soldiers and equipment gathered in one area in the history of the world. Behind each side was an arsenal of medium range nuclear missiles aimed at each other and at the Fulda Gap area. The brave men and women who served in West Germany were the first line of defense against the enemy horde that would come through the gap if hostilities ever began. Their mission was to hold that advancing horde for forty-eight hours until reinforcements arrived. None of them were expected to survive an invasion, and they all knew it. This was what they had enlisted for, it was their job, and they did it proudly.

The following is a historical look at the Cold War in Germany through the careers of seventeen veterans who served there. These are their stories as they prepared to defend the Fulda Gap and ground zero.