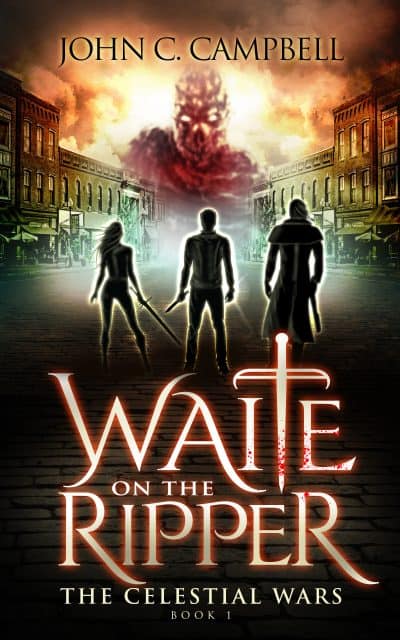 Waite on the Ripper (The Celestial Wars Book 1)

Waite on the Ripper is an intense roller-coaster ride of a story. The first in a series of escalating adventures that lead Harmon Waite inevitably into The Celestial Wars. The soul-blessed worlds will never be the same.

What if I told you Jack the Ripper is a supernatural demon?

1884, in Austin. Jack chopped up nine women with an ax. He raped and murdered the last two on Christmas eve.

1888, in London. The devil became known as Jack The Ripper when he stabbed five prostitutes to death in the Whitechapel slums.

He has also been known as the Atlanta Ripper, the Zodiac Killer, and other serial murderers worldwide over the decades.

1987, in Austin. Jack is on another murder spree in his old stomping grounds, and every woman in my city is in danger. I’m Harmon Waite, the son of an angel, and somehow I have to find the power to end that twisted devil.

Trouble is, Jack The Ripper’s also hunting me.