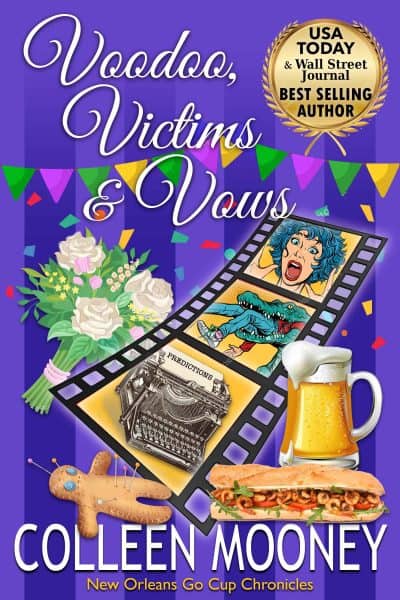 How could Brandy walk away after she had seen a body at the bayou . . . guarded by an alligator . . . with somebody watching from the other side? Grab this cozy mystery for the clues, intrigue, and a healthy helping of humor added to this tale of voodoo and murder.

On a foggy night in the French Quarter . . .

Why did he hand her the note?

There was something strange about the fellow. His clothes and hat made him look like a newspaper man from the sixties. But it was what he had typed on that piece of paper that deepened the mystery. A sort of prediction, that claimed three things would happen and they couldn’t stop it.

Why did Brandy believe him?

She had always been good at reading people. The Big Easy was known for attracting all sorts of odd people, but this guy seemed like a straight shooter. Brandy would have put the message out of her mind, if they hadn’t seen the body.

And somebody was watching them.

You’ll love this cozy mystery, because of the clues, intrigue, and healthy helping of humor add to this tale of voodoo and murder.
Get it now.