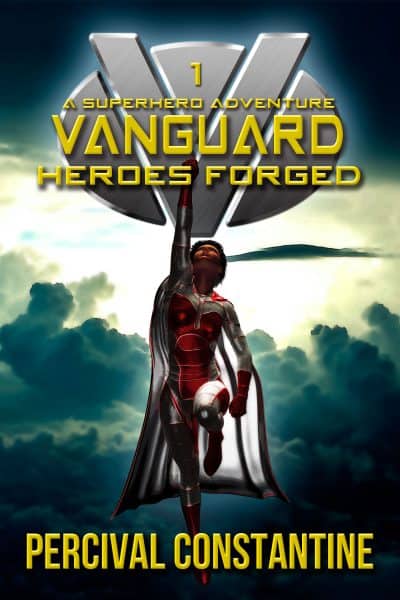 What would you do if you woke up with superpowers?

One day, the world was normal. The next, people all over the world suddenly developed unexplained superhuman abilities. Now, the world is a more dangerous place because of these new beings, called specials. And the world’s governments struggle to balance civil rights with safety.

Despite an international ban on the use of specials for military purposes, the US government has secretly formed a team: Paragon, telekinetic powerhouse. Wraith, dark matter teleporter. Sharkskin, the human/shark hybrid. Shift, shape-changing teenager. Zenith, super-powered automaton. And led by Gunsmith, a military commander fitted with a hi-tech exoskeleton.

But their mission intensifies when the ruthless Red Fist terrorist organization prepares an army of specials to launch a global revolution. Can Vanguard learn to work as a team in time to prevent a super-powered coup? Or will the world be razed in favor of a new order?

Fans of the X-Men and Avengers do not want to miss the explosive adventures in this astounding superhero novel series!