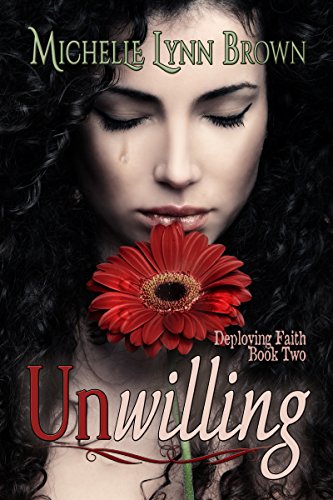 Wade Blackwell has been running from his past for years. His stepfather is a convicted serial rapist, and the man’s sins have cast a shadow over Wade’s life that he can’t seem to get out from under.

Wade Blackwell has been running from his past for years. His stepfather is a convicted serial rapist, and the man’s sins have cast a shadow over Wade’s life that he can’t seem to get out from under. So he drifts from job to job, place to place, unwilling to put down permanent roots. His wandering has brought him to Sheridan, Oklahoma, where he meets his new neighbor—Hayden O’Conner, his high school sweetheart who abandoned him after his sister committed suicide. While he has never stopped caring for her, he also finds she’s not the girl he remembered. She’s got a hard edge to her that has nothing to do with her Army career. Beneath her tough exterior and sharp sarcasm, he sees a broken girl, hurting and in need.

Hayden O’Conner has worked hard for her Army career. But one man has ruined it because she was unwilling to comply with his sexual advances. She’s now stationed in Sheridan, Oklahoma, hoping for a fresh start, but her past won’t stay there. From Wade, the handsome ex-boyfriend who broke her heart but is now on a mission to save her, to the dark cloud of the sexual harassment complaint that follows her around despite her efforts to break free from it—her life seems to be on a sad, broken down merry-go-round.

As Hayden sinks deeper into her abyss, will Wade be the light that helps her surface from the darkness? Or will Wade keep running, unwilling to face his own past and his fears?