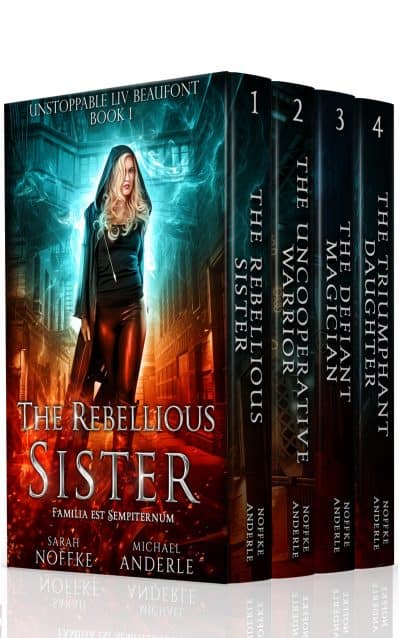 Olivia Beaufont likes fixing things and keeping to herself. She’s simple like that—but her life is about to drastically change.

Liv is a rebel with royal blood who abdicated her birthright. A string of murders changes everything and the House of Seven asks her to take on a role as a Warrior, one of seven positions revered for protecting magic.

Although Liv would rather stay out of the politics and conspiracies that she ran away from years ago, her family needs her. It’s only a twelve-year stint until her sister, the next in line, can take over.

So, what’s the harm in activating her magic and accepting her place as a Warrior?

Justice hasn’t been properly served by the House of Seven in a long time.

The truth has been buried for so long, that only one person can uncover it—someone who doesn’t play by the rules.

Magic has been stolen. A giant’s sword locked away. And no one questions the peculiar.

Except for Liv Beaufont. She downright rants about it.

When the Council suddenly starts assigning Liv Beaufont dangerous cases, she’s automatically suspicious. However, she isn’t deterred when they assign her a case that no one would dare to go near. Even though Clark is worried for her, she won’t back down.

Liv is determined to prove that she’s a capable and strong Warrior.

Liv and Rory uncover the truth about a war between magicians and mortals. As Liv has long suspected, knowing the truth has gotten many killed. However, that doesn’t deter her from digging deeper.

The secrets are big. Much bigger than she thought. And more importantly, they’re dangerous.

Is it worth it to risk everything in the name of justice? ​