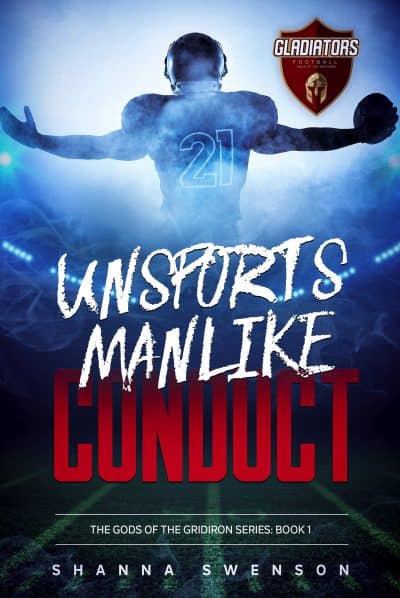 The god of war has finally found something worth fighting for . . .

They don’t call him Ares for no reason!

Travis Redmond, the ram of a running back for the Atlanta Gladiators, may be a lot of things—hot-headed, arrogant, rash—but a cheater isn’t one of them. Until cheating is the only option he has to save his brother, Tucker, from the clutches of a dangerous criminal mastermind.

When his impulsive actions get him an Unsportsmanlike Conduct penalty and he ends up suspended and back in his hometown of San Antonio, Texas, the last person he expected to see again was Skyla Larson, his former classmate from Brevidge High.

Skyla isn’t the shy girl he remembers from Biology. She’s changed after a decade and man, is she scorching hot now . . . and with the sass to go along with it too! Sly little Sky’s got a few secrets of her own, including a particular person she’s investigating as Atlanta’s assistant district attorney.

Their reunion and bar-side banter are short-lived though as these two suddenly find themselves running for their lives . . . and falling in love on top of that!

Love has poor timing, especially when they have everything to lose, including their hearts. The “god of war” may have found something worth fighting for—the mighty Aphrodite of his.