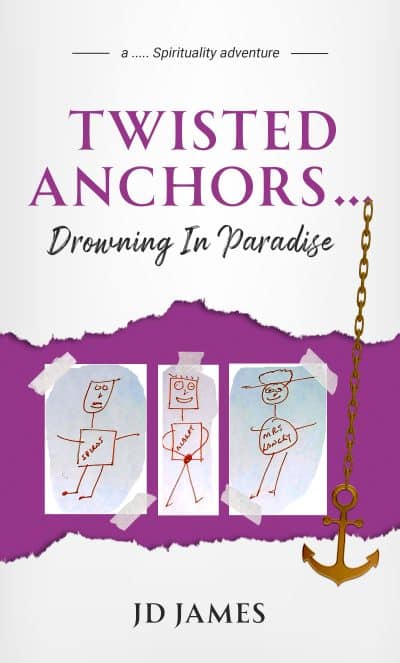 When your anchor spins out of control and your life with it, look into your soul, confront yourself . . . and ally with the enemy. Caveat enemy!

Managing chaos and living with it when your best laid plans . . . get laid

The aircraft carrier USS America and its battle force visit Athens for a little fun in the sun for its 6,000 sailors.

Spiros, the highly respected port Godfather, runs his own operations providing water taxis, barges of all types, unofficial security, and more. The more includes black marketing with visiting sailors providing cherished goods from the American Air Force Hellenikon Air Base Sales Store. He runs his port in such an extremely, profitable manner that no multi-national company could compete with him if such was the case.

Mrs. Lancey, the feared and manipulative base Godmother, black markets from the same BSS keeping the country well supplied the rest of the year. She runs her own well-greased BSS business totally hiding in the sun, fully exploiting “don’t ask, don’t look, don’t tell” all tolerated as a matter of foreign policy.

Both treat their associates fairly, demand loyalty, are driven by greed, and envy the other’s paradise.

Off to see the world, 18-year-old Albert is kidnapped by KGB/FSB agents led by Major Molotnov. Albert’s never been off the America out of the country and never been laid. The Russians offer to exchange him for valuable goods from the BSS thereby setting up life shattering confrontations of epic Titan proportions . . .

Military sleuths, AF OSI Special Agent “by the book” Boreguard and NIS Special Agent “screw the book” Malone, get involved. Boreguard doesn’t care about Albert. His life dream is to arrest Lancey and shut her operations down. Malone could care less about black marketing; finding Albert is his dream moment. Two military branches separated by a common pursuit.

But what happens when Spiros gets his big idea to crush her and take that over as well? Greed for the taking like candy from a baby. After all, her business is year-round, and his black marketing is only when the navy arrives and must go through port customs.

Always guided by Shiva’s Third Eye, what happens when Mrs. Lancey wakes up to the facts on the ground?In her world, people are either useful or useless.

Motivating their respective police and custom allies, they decide to destroy each other following the Darwinian theory of adapt or die. Business wise this means expand to keep what you already have.

Will Boreguard outsmart Mrs. Lancey using Malone, the KGB, Spiros, and even Mrs. Lancey against her? And do so in a way which doesn’t create a diplomatic incident and will allow him to get promoted and keep his pension?

Will Malone find Albert by ignoring the rule book and the U.S. Ambassador’s order to avoid creating a diplomatic incident by using Boreguard, Spiros and Mrs. Lancey against each other?

And Major Molotnov? He is told by higher ups in Moscow that “failure will not be tolerated.” He and his agents understand spying, political kidnappings but none of this sailor for BSS goods business. Nevertheless, failure is not an option. Careers are on the line. No Major disappoints the KGB or is it FSB.

An unexpected event creates more chaos, and worse, fear in our fearless Warriors who reluctantly realize that the spiritual time for knowing your “self” stands before them.

And simple Albert?
On his own inner journey, he remains true to his clarity of thought and purpose.

A humorous story of living the “spirit of the human will” and how “we are all different but the same.”