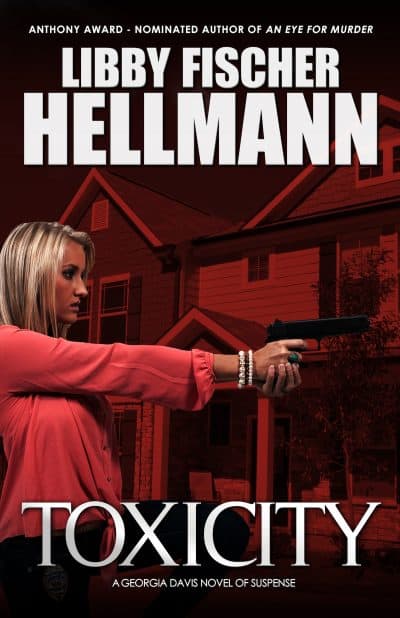 Bodies are turning up in dumpsters, landfills, and garbage trucks. Rookie cop Georgia Davis helps out her detective boyfriend Matt and his partner John get to the bottom of the case. But her relationship with Matt becomes strained in the process.

There’s an inventive killer at large in Chicago in this dark thriller and police procedural from best-selling crime writer Libby Fischer Hellmann.

When three bodies turn up in rapid succession, all in landfills or waste disposal dumpsters, rookie cop Georgia Davis is drawn into the investigation. Teaming up with her detective boyfriend Matt and his friend Detective Sergeant John Stone, Georgia must work out who’s responsible for the killings, but there’s little evidence to go on. The case also tests the strength of Georgia’s relationship with Matt—complicating the situation is the daughter of a real estate mogul, who also happens to have her eye on Matt.

Who’s behind these gruesome killings in this normally quiet neighborhood? Why are children developing cancer? And will Georgia’s relationship withstand the demands of this particularly complex investigation?

Fans of Libby Fischer Hellmann’s gripping Georgia Davis PI series will enjoy getting to know a younger Georgia Davis in this thrilling prequel, which finds her ten years before Easy Innocence and Doubleback.

Deftly weaving emotional pressure into an engaging plot centered on a tangled web of mystery and murder, ToxiCity is a must-read addition to the libraries of crime fiction enthusiasts the world over.