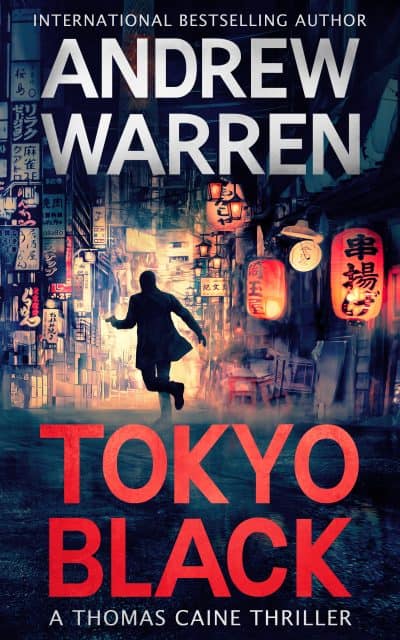 A betrayed assassin. A deadly terrorist network. A secret that could plunge America and Japan into chaos . . .

“If you’re looking for a great new author . . . check out Andrew Warren.” —The Real Book Spy

Thomas Caine lives in the shadows.

Betrayed and left for dead, he has put his past as a government assassin behind him. Now he lives off the grid, in the seedy underworld of Pattaya, Thailand. But when local gangsters set him up for a crime he didn’t commit, his old CIA masters make him an offer he can’t refuse: rot in a hellish Thai prison, or accept a dangerous mission in Tokyo, Japan.

As he hunts the neon-lit city for a CIA asset’s missing daughter, he quickly learns there is more to his assignment than meets the eye. Looming in the shadows is Tokyo Black, a violent terrorist cult, whose members demonstrate their loyalty by burning their yakuza tattoos from their skin. Can Thomas Caine defeat this fanatical enemy before they ignite an international conflict that kills thousands?