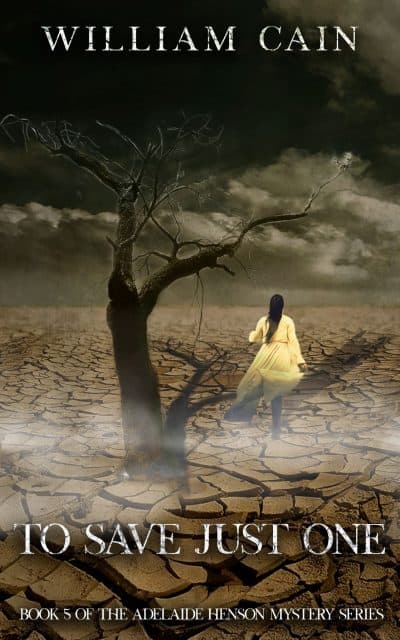 To Save Just One (Adelaide Henson Mystery Series Book 5)

Henson fiercely crusades to rescue her niece and stop the killer, reaching The Badlands of South Dakota and the mysteries it holds beneath the desert floor. A sociopathic group of men wage war against Henson and her Task Force to stop her. It’s Game On!

The runaways have fled to a complex under the desert floor. Henson lands a case of a woman’s gruesome murder. Are they related?

The body of a woman with a noose around her neck is found in an abandoned warehouse in Asheville, North Carolina, deep inside the Blue Ridge Mountains. Nothing else remains at the crime. No leads at all, just a solitary, dirty mattress.

There’s no struggle evidenced. Her empty, open eyes are baleful and telling at the same time. Captain Henson knows why, too.

Adelaide Henson, a captain in the Asheville P.D. now, lands the case. And, it’s a good thing.

When next she turns to the case of her missing niece, Madison, other evidence suddenly surfaces. The man who protected Madison and whisked her away, snatching her from Addie’s grip the week before, is tied into the murder in Asheville. But Madison and her protector are a million miles away, nobody knows where!

Taking her detectives on a head-spinning ride, the case grows after examining the body of the poor dead woman—a girl really. What’s found confirms Henson’s suspicions.

Taking step after step, the relationship between the killer and Madison’s protector turns sinister and evil, sick and depraved.

Relentless, Henson faces powerful foes and impossible barriers in her quest for justice for the murdered woman and her niece’s survival.

Follow Henson in her desperate drive to heroically rescue her niece and solve the case!

To Save Just One!