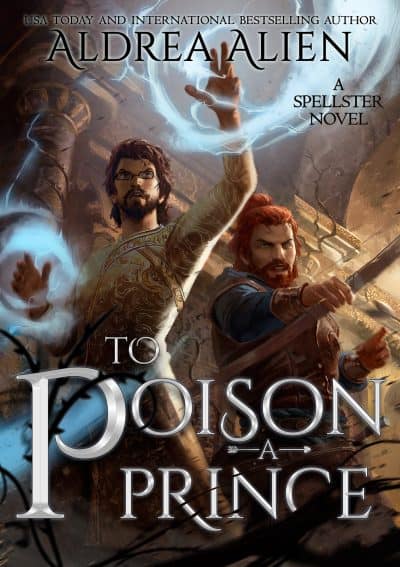 To Poison a Prince (Spellster Series)

Someone is out to murder his husband and he might just be the reason they succeed.

Imperial Crown Prince Darshan knew his journey home wasn’t going to be the modest one he hoped for, especially not after eloping with Hamish, a former prince—and now exile—of Tirglas.

When he thwarts a clumsy attempt on his husband’s life during a soirée hosted by his long-standing rival and half-sister, he figures the worst is behind them.

Yet, the threat of death continues to shadow them across the empire. Someone is intent on making the rumours of his husband’s demise a reality, someone who can erase the memory of their very presence from people’s minds.

Darshan must discover who is behind the attempts before they succeed. But who can he trust when the culprit is capable of slipping by the most vigilant of guards?

Don’t miss the next step in Hamish and Darshan’s story of mystery, magic, romance and more!