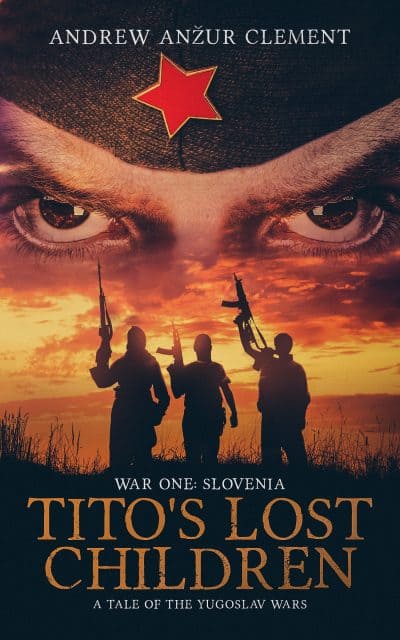 War One: Slovenia: A Tale of the Yugoslav Wars (Tito's Lost Children Book 1)

Only a snarky band of twenty-somethings can keep Yugoslavia from ripping itself apart. But first, they must get past the rogue Army captain who is out to stop them and win redemption in the eyes of his father, in this alternative history of the 1990s Yugoslav Wars.

Yugoslav People’s Army brats Jovana and Hristijan grew up in a secluded border-watch compound, dreaming of grander horizons. They get their wish in the worst way possible when Predrag, a rogue Army captain, kidnaps Jovana for no apparent reason. Hristijan manages to rescue her, but their ordeals are far from over.

On the run, they uncover the shocking secret behind Jovana’s upbringing: she is the chosen successor to Maršal Josip Broz Tito. With Yugoslavia on the brink of collapse, it is her duty to keep order among the country’s quarrelsome nationalities—and stop the Serbs from grabbing power. There’s only one tiny problem: Jovana was never trained to take on her new role as the only hope for a unified Yugoslavia.

Joining forces with a hard-fighting mute girl, Jovana and Hristijan must make their way to Slovenia to prevent its secession from the Yugoslav Federation. To get there, they will have to outwit Predrag, who is determined to capture Jovana and win the approval of his Serb nationalist father.

The fate of Yugoslavia now rests with a band of snarky teenagers and twenty-somethings. Armed with nothing but a few guns and an old Army truck, they are about to make their mark on history.

Don’t miss out on this action-packed alternative history adventure that dares to answer the question: What if Maršal Tito, the strongman of Yugoslavia, had named a successor?