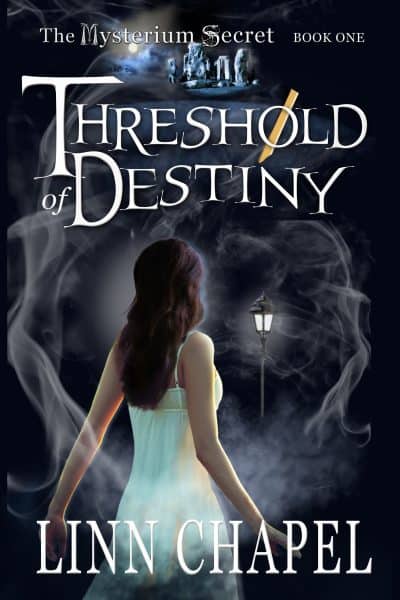 Shrouded by the mists of an Unseen World, dark spirits lie in wait for the unwary traveler, and in the Earthly Realm, only heartache seems to be in store.

Clever, enigmatic, and dangerous: he’s a 200-year-old English vampire with a penchant for old poetry. Sensitive and psychic: she’s working for an undercover organization. And she knows his secret.

Old myths and legends must be given their due—even in the modern age of high-tech surveillance.

It’s nearly midnight when Tressa Newman sets out on her first assignment. Soon she’s alone on a dark street with her subject, only he’s not what she expected. To follow protocol—or to improvise? She’s forced to make her own choice on the spot.

Soon she learns that the clever, well-read vampire is much older than he looks. He’s also moody, opinionated, and unusually familiar with the poetry of a former era. And confusing her even further, she finds that whenever her safety is threatened by some danger, the street-wise predator is there, stepping in to protect her with ruthless ease.

But Tressa knows that it’s only a matter of time before she’ll have to cease contact with him. And when she stumbles upon a hidden agenda that’s taking over her organization, it becomes clearer than ever that her unrealistic hopes and dreams where he’s concerned will never come true, for a nightmarish fate seems to be in store for each of them.

Even as the dangers mount in the Earthly Realm, Tressa grows more and more anxious about the perils of another kind that are looming in the Unseen World. Shrouded by mist, dark spirits like the voracious diaboli stalk the immaterial bodies of the unwary—whether they be human, vampire, or the rare Mysterium.

Read the story and enter a rich and atmospheric world filled with romance . . . and danger.