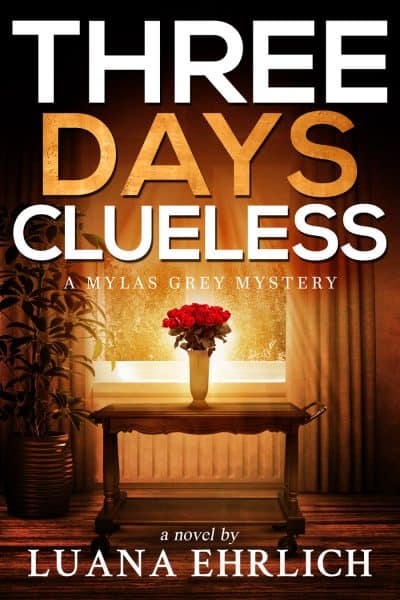 When private investigator Mylas Grey goes after the killer of a slain politician, it jeopardizes his relationship with Whitney, threatens his father’s life, and forces him to examine his fledgling faith.

Mylas Grey is determined to find the person who shot a politician in broad daylight. There’s just one problem. The killer left no clues behind. Zip. Zilch. Nada.

Mylas gets involved in an intriguing case of murder . . .

When Mylas arrives in his hometown to spend time with Whitney, he agrees to help his father, a local private detective, examine the files of a politician who was murdered in cold blood.

Mylas gets involved in an intriguing case of murder with no clues . . .

The wife of the slain politician believes her husband’s murder is connected to his duties as a state legislator, but the police find no clues to his murder and no evidence to support her claim.

Mylas gets involved in an intriguing case of murder with no clues but one . . .

As Mylas examines the politician’s files, he comes across a single set of initials. Could they be the clue he needs to unlock the killer’s identity?

In the meantime, what about Whitney?

Mylas is clueless about her as well. When he finally realizes something’s going on with her, it may be too late. Will his obsession with a killer destroy their relationship for good?