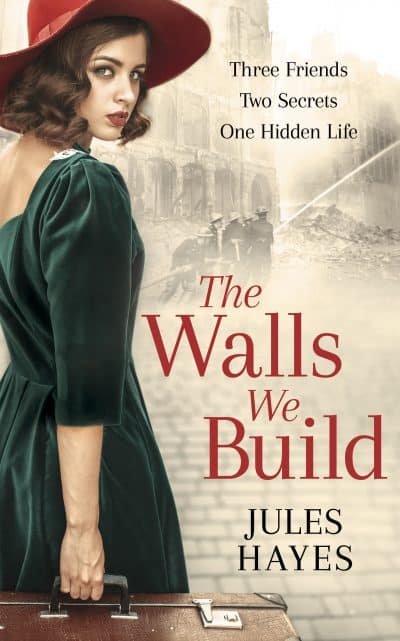 The Walls We Build

Disturbing secrets, disastrous consequences, and a love that lasts a lifetime. An epic saga spanning the years between WW2 and the present day.

Growing up together around Winston Churchill’s country estate in Kent, Frank, Florence and Hilda are inseparable, but when Frank marries Hilda for duty rather than love, their relationship with Florence falls apart.

Then comes the Second World War and Frank goes on to make other catastrophic choices, resulting in a secret and tragic legacy.

It is not until sixty years later, and after Frank’s death, when Florence finally unveils the truths she has guarded for so long, writing a letter to Frank’s grandson that hints at his family’s troubled past.

Prompted to investigate, Richard goes on to unearth astonishing secrets, including a pivotal encounter between his grandfather and Churchill during the war, and the discovery of a mystery relative he had no idea existed. These revelations will haunt Richard, as they did his grandfather.

How much more does Florence dare disclose about her and Frank? And is Richard ready to listen?

Disastrous choices and heartbreaking consequences, but a love that lasts a lifetime.