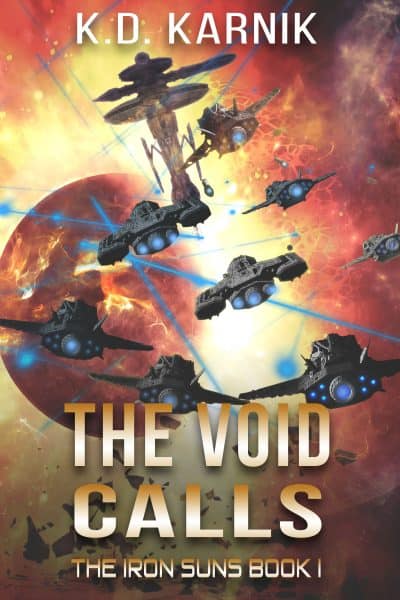 A sentient station older than the sun . . . A torus where time stutters . . . A realm haunted by the fading wails of the ripping fabric of space . . . A band of hardy fools choose to invade it.

A sentient station older than the sun . . .

A torus where time stutters . . .
A realm haunted by the fading wails of the ripping fabric of space . . .

A band of hardy fools choose to invade it.

From the rubble of humankind’s worst wars have emerged a myriad claimants to the decadent civilization that the Powers of Solaria had administered for centuries. Collapsing systems erupt in renewed melees as agents of the underground run amok and infiltrators plague the ranks of Martian-Jovian militaries. Rumors about the destruction of systems at the hands of a mysterious invader abound. The defense against the Spacers has consumed a billion lives and counting, but Solaria finds its solace in propaganda—for the enemy has only retreated into the blackness they emerged from, and as humanity loses purpose, proxy wars tie up the Navy.

The most powerful fleet that Jupiter-Pluto can wield has decimated the Gubre System in one such proxy war, uncovering a full array of underground operations. Dozens of enigmatic Melds are found and hunted—possibly, the ruins strewn on these planets might provide some advantage in the greater conflict. The fleet settles down for occupation, and the admiral dispatches a team of what he thinks are randomly selected Marines under Lieutenant Hojaka.

Their mission: investigate a derelict transfer station drifting in the interplanetary gulf. As they get closer, however, their worlds and their minds stop seeming quite right. Is it a station? Or a frontwheeler photonic torus? A moon-sized Foot? Is it inhabited by corpses or is it the abode of the Meld? Gateways lead into a turquoise-skinned universe where the ancient exiled Representative AI has taken refuge, where others once resided. Greater others, now mauled and mangled by a mixture of their own stupidity and the influence of someone beyond, as the golden mountains on Planet Khundav detonate and the Navies of Solaria patrol.

The stakes are at levels from which causality is but superstition, ethics but an afterthought. For Hojaka, it is a desperate venture, trickery on a galactic scale. To the Meld Deluria, it is a stepping stone. A scheme has been unfolding for aeons, by the will of powers far beyond human comprehension—powers that he aims to conquer.

In his quest, the Meld has come face-to-face with an entity. An entity that has lain in wait since the first black holes uttered their birth-cries, that has witnessed suns rise and fall at the hands of desperate living things who cling to the mossy cliff of survival. It is vast and dark, its tendrils reach far and wide. Now the Meld has used the splendid drama-of-humanity he has orchestrated to poke this entity with a sharp stick. He has forced it to watch. To feel.

Now, it has made a move.